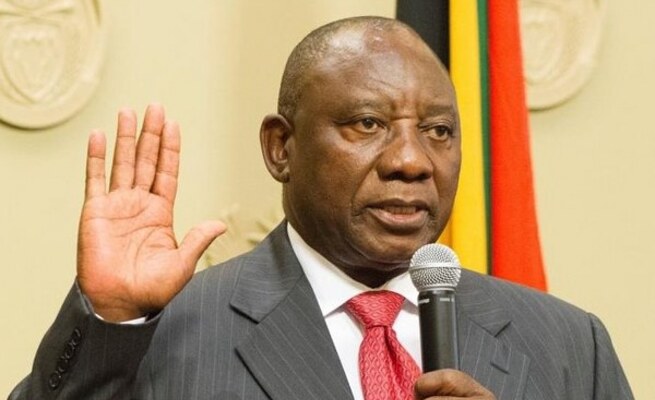 ZIMBABWEANS in South Africa whose visas or days expired during the Covid-19 lockdown period will not be arrested or deported for violating the neighbouring country’s immigration laws.

The regulation, which applies to all foreigners in South Africa, states that those who opt to return to their countries after the lockdown instead of renewing their visas, will not be declared illegal immigrants upon departure.

In a statement posted on its Twitter Page, SA’s Department of Home Affairs said the temporary measures were introduced after President Cyril Ramaphosa declared a national state of disaster on March 15 and subsequently a total lockdown, which was extended to April 30 to contain the spread of Covid-19.

The department said the visa concessions apply to those with visas that expired from February 15, 2020 unless a person has proof that they had already submitted an application for visa extension prior to that date.

“Holders of temporary residence visas, which expired from mid- February 2020, who did not renew their visas before the lockdown, will not be declared illegal or prohibited persons. Any person whose visa expired before or during the lockdown will not be arrested or detained for holding an expired visa,” read the statement.

The department stated that during the lockdown, it is receiving or adjudicating applications for visas and permanent residence permits. “Foreign nationals whose visas expired after February 15, and had scheduled appointments on dates which fall within the lockdown period, should reschedule their appointments to an available date after the lockdown has been lifted,” said the department.

“Visas issued to nationals of high-risk countries who were outside South Africa on March 15, 2020 were revoked as per the directions issued by the department in terms of the Disaster Management Act, 2002 these visas remain revoked,” the department said.

According to the statement, all foreigners who are in South Africa are not allowed to leave the country during the lockdown except for cases relating to expatriation initiated by another State.

“Any asylum seeker whose visa expired from March 16, 2020 to the end of the lockdown period will not be penalised or arrested, provided they legalise their visa within 30 calendar days of the lockdown being lifted.”

Commenting on the SA lockdown yesterday, Zimbabwe’s Ambassador to South Africa Mr David Hamadziripi said that Zimbabweans in the neighbouring country who may be in distress from the lockdown will soon be allowed to return home.

Ambassador Hamadziripi said the Embassy and consulates countrywide had received distress calls from some Zimbabweans who were finding it difficult to make ends meet owing to the lockdown and wanted to return home.

Meanwhile, the South Africa government has deployed the military to the Beitbridge Border Post after suspected border jumpers and smugglers vandalised part of the R37 million border fence, which is being erected between Zimbabwe and South Africa.

The deployment of soldiers follows reports and pictures circulating on social media showing that the barbed wire fence had been cut through, with a gaping hole now clearly visible in the 1,8m high fence, which separates the two countries.

The fence is supposed to span 20km on each side of the border post.

Confirming the deployment of the army in a series of tweets, South Africa’s Public Works and Infrastructure Minister Patricia de Lille said her ministry requested the Department of Defence to increase security measures as reinforcement to protect the border and curb the spread of the Covid-19 pandemic.

She said they were also considering additional deterrent measures such as surveillance, sensors and alarms.

“With regard to the Beitbridge border fence which DPWI [Department of Public Works and Infrastructure] is erecting and criminal elements damaging the fence, I am investigating this matter and the contractor has increased security personnel. The Defence Force has also deployed soldiers to patrol the border,” said Ms de Lille.

She also posted pictures with the tweet showing military vehicles and soldiers, including some on motorbikes, along the fence.

“This was a project by DPWI to secure the borders and repair and replace the fence which has been badly damaged. I have requested that the department of defence increase security measures as reinforcement to protect our borders especially during the Covid-19 pandemic,” said the Minister.