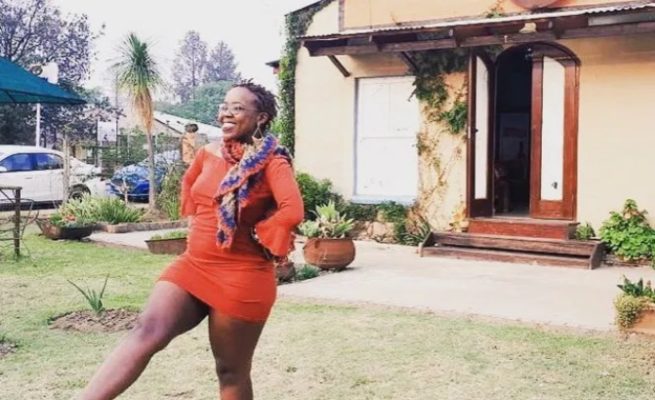 Controversial Poet and singer Ntsiki Mazwai has once again opened a large can of worms.

The young Mazwai sister, who’s always in the firing line with the masses, this time took a swipe at Mzansi men.

She took to Twitter and wrote that South African men have small 4-5s.

Although many tweeps found the singer’s tweets funny, some got offended and asked her if she went around checking every South African man’s 4-5s.

“We love you but don’t disrespect us please. Draw the line,” one fan wrote.

“Guys with Big Dicks are cool with me. So you small peni_s ones can continue with your frustrated rants. Insulting me won’t make it grow,” she wrote.

News Muza Mpofu - 25 October 2020 0
THE wife to the man alleged to have been caught ki_ssing and care_ssing MP Joseph Chinotimba’s second wife pleaded for forgiveness soon after the...
Loading...