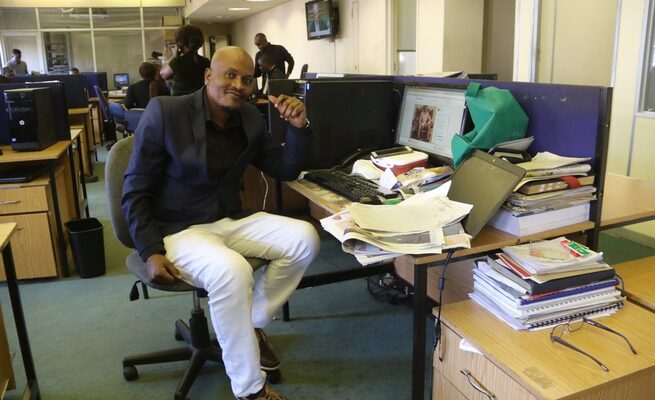 The affable scribe had been unwell for some time and had been in and out of hospital.

The cause of his death is however not yet known. His death was confirmed by veteran journalist and former Editor of The Independent Dumisani Muleya who posted on Facebook saying:

“In life it’s very rare to meet and work with colleagues as nice and with an eternally happy frame of mind as this guy. He was always in a jovial mood; and had the knack of making people Iike him a lot.

“Besides, he was a good and passionate journalist.

“Media colleagues tried all they could; they ran around, contributed in cash and kind, and fought to save his life when he fell sick, but God has his own ways of managing our lives on earth.

“In a sense, we are always living in God’s purpose. RIP sbali, as we always greeted whenever we met.

A leader in the opposition MDC Alliance, Nelson Chamisa also posted a eulogy on Twitter and said:

“Saddened by the passing on of a brilliant journalist Gift Phiri. What a blow to journalism & it’s future! A talented, balanced & investigative journalist. A fighter for justice & human rights. Ever happy, smiling. A great gift to us all. Our prayers are with his wife Amai P & family.”