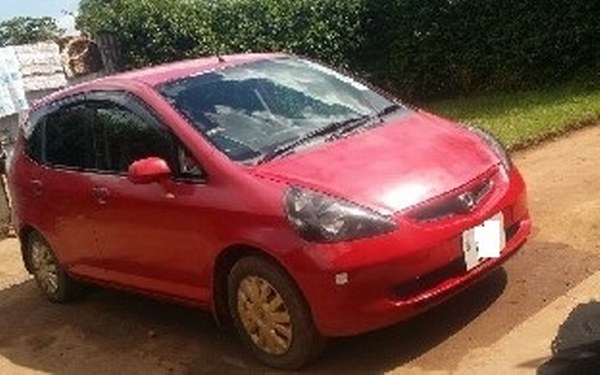 POLICE in Bulawayo have arrested a machete gang leader who allegedly killed a police officer last year in Kadoma following a dramatic 40km high speed chase that saw his accomplice jumping off their vehicle and escaping on foot.

Officers from CID Bulawayo got a tip off that the suspect, Anyway Nkomeni of Chief Nembudziya village in Gokwe who had been terrorising communities in Inyathi had been spotted at a business centre in the area on Sunday.

Nkomeni who was popularly known as ‘Dinda’, allegedly led a terror gang called ‘maZiga’ which terrorised mining communities in Kadoma and Kwekwe before moving to Inyathi where they attacked police and civilians.

Nkomeni and his accomplice were involved in a high-speed chase with the police and when they were cornered, they jumped off their Honda Fit vehicle and escaped on foot.

The gang leader who had been driving the vehicle was apprehended but his accomplice fled from the scene.

In an interview yesterday, Bulawayo police spokesperson inspector Abednico Ncube said the suspect was arrested after a 40km high speed chase as he tried to evade arrest.

He gave up the car and tried to escape on foot, before he was subsequently arrested.

“CID Bulawayo received a tip off from a community member in Inyathi that the suspect who was connected to the murder of a police officer at Brenton Mine, Kadoma, was around Mhlotshana mining area in Inyathi.

“The team followed and went to Inyathi where a follow up was made. Further information was received that the suspect was seen at Badala business centre where among other issues some members were arrested for violating Covid-19 regulations. The accused person, driving in a purple Honda Fit registration AFE2766 took off in a bid to escape,” said Inspector Ncube

“The team gave chase for about 40 km until they reached a place called Derbshire rank in Lower Gweru where the accused person and his accomplice stopped their vehicle and jumped off in a bid to run away after being cornered by the police.

“However, this accused person Anyway Nkomeni whose alias name is Dinda aged 28 years of Chief Nembudziya Gokwe district was arrested. His other accomplice managed to escape. He has been referred to Kadoma to face the charges.”

Sources said nine other people were arrested at Inyathi, most of them artisanal miners for violating lockdown orders and public drinking among other offences.