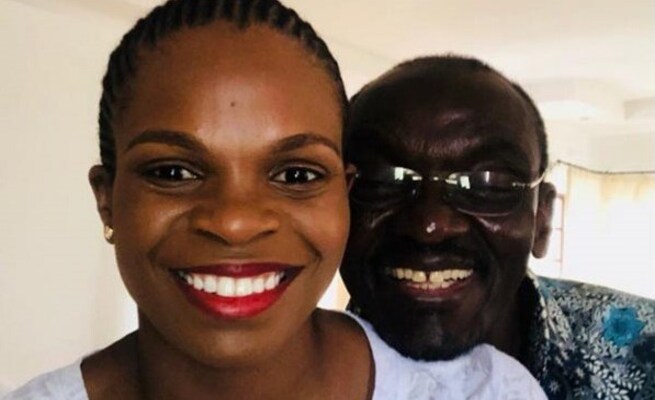 GOVERNMENT and business have reached a deal to revert the prices of basic commodities to what shops were charging on March 25 and placed a moratorium on the cost of the goods, as recent price hikes were based on speculative behaviour and unjustified.

On Sunday, President Mnangagwa extended the lockdown to May 3.

Prior to the lockdown, price increases in the country had largely been linked to fluctuations on the parallel market forex exchange rates but the situation worsened when President Mnangagwa announced the national lockdown three weeks ago.

The decision by Government to intervene in the pricing madness is not the first time African authorities have had to step in to stabilise prices following the outbreak of Covid-19.

Rwanda was the first country to act when its trade ministry fixed prices for 17 food items including rice, sugar and cooking oil.

Last month South Africa started to control the price of a number of goods that include mealie-meal, cooking oil, wheat flour, rice, sugar; toilet paper, baby formula and disposable nappies among others.

Local retailers yesterday said the latest development on prices must not be mistaken for price controls as it is a product of an agreement reached with Government after consultations. They said they will meet the Reserve Bank of Zimbabwe today for a crucial meeting to finalise certain modalities but conceded that some local businesses had been profiteering.

On March 25, five days after the first Covid case was reported in the country, Chronicle published an article titled: Evil businesses capitalise on Covid-19, noting that the prices of basic commodities had started to increase due to speculative behaviour due to the threat posed by the virus.

The deal between Government and business brings relief to consumers.

In a statement yesterday, Vice President Kembo Mohadi, who chairs the inter-ministerial taskforce on Covid-19 said businesses should with immediate effect revert to prices they were charging as at March 25.

He said Government arrived at the decision after the Ministry of Industry and Commerce engaged the value chain sectors who also admitted that there was no sensible reason for prices to be drastically increasing.

“There was a general agreement amongst the multi-sectoral partners that the price increase, particularly during the lockdown, was speculative and unjustified. The multi-sectoral stakeholders committed to a price moratorium to operate based on the prices which were applicable on the 25th of March. The moratorium will also apply to all value chain players. This was supported by a Cabinet Decision of the 21st of April 2020 and will take effect immediately.”

“Zimbabwe has been experiencing escalating food prices which is increasingly making it difficult for the consumer to afford basic commodities. The Ministry of Industry and Commerce in partnership with the Consumer Council of Zimbabwe has been continuously monitoring the food basket cost. When His Excellency, the President E. D Mnangagwa announced the lockdown, prices skyrocketed generating increasing difficulties for the general public to access food items such bread, sugar. cooking oil, mealie-meal and flour. In a survey done by the Ministry of Industry and Commerce, the value of the consumer basket as at 7 February 2020 was $4 656 but by 11 April 2020 the same amounted to $6 660,84,” said VP Mohadi.

Some shops in Western suburbs have increased prices fully knowing that lockdown regulations pin down shoppers at their local shops due to restrictions in movement. People are allowed to shop within 5km of their homes and only one person in a family must go to the shops.

But even the shops in the city centre have increased their prices as citizens now have limited options.

Prior to the lockdown in both Zimbabwe and South Africa, Zimbabweans would cross the border to Musina to buy basic commodities as prices locally are two to three times higher.

Confederation of Zimbabwe Retailers Association (CZRA) president Mr Denford Mutashu said they had reached an agreement with Government on pricing but the public should not confuse the latest development with price controls.

Mr Mutashu said the exorbitant prices that the public have been subjected to since the lockdown are predominantly speculative and lacked basis.

“This is not price control. This is an arrangement out of goodwill in the spirit of working together between Government and the private sector. Government would have simple come up with a price control mechanism. It’s within its power and authority to do so, but in this particular case, the good thing is that this is a product of dialogue and consistent engagement that has been going on behind the scenes,” he said.

“We are happy with that engagement because for a very long Government has been quite instructive and prescriptive. But in this case, we have actually had robust engagements which were quite inclusive as it were. Because we understand that this is actually going to help the majority of Zimbabweans that are currently staying at home because of the lockdown due to Covid-19 pandemic.”

He said they are aware of some challenges that the business sector was facing and they have possible solutions.

“So, the implementation modalities will come through a Statutory Instrument and tomorrow we have actually one of the crucial meetings that would also involve the Reserve Bank of Zimbabwe,” he said.

He said it will be futile for businesses not to comply with the latest arrangements.

Mr Mutashu urged the business sector to desist from profiteering.

“Speculative behaviour does not grow an economy, it grows individuals. So we cannot have an economy where individuals are growing at the expense of the majority,” said Mr Mutashu.