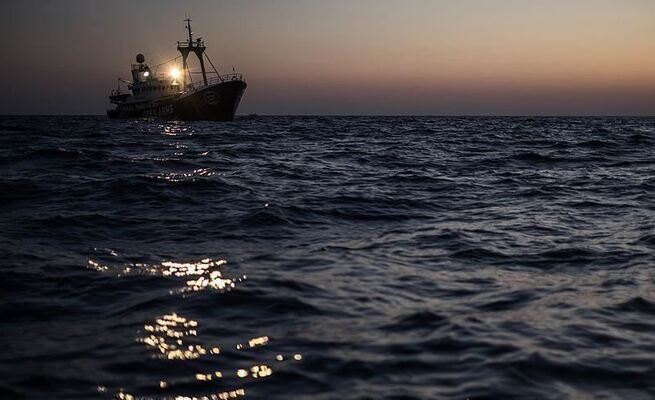 TWO Tanzanian stowaways who were allegedly tossed into the ocean by crew on a Chinese vessel, and who then washed ashore off the KwaZulu-Natal’s north coast, are expected to appear in court for contravening the Immigration Act.

Among the accused was Cui Rongli, the vessel’s master, who also pleaded guilty for failing to report the stowaway, which is a contravention of the Merchant Shipping Act. Durban Regional Court Magistrate Garth Davis merged both attempted murder counts and handed Rongli a R100 000 fine or four years imprisonment.

Rongli also received a R50 000 fine or 12 months imprisonment for misconduct, which was suspended for five years on condition he does not repeat the offence during the same period.

His co-accused were each fined R50 000 or two years imprisonment for the attempted murder charges against them. In their plea statement, the seven claimed they had set sail for Durban from Singapore on March 26 before discovering the stowaways aboard the next day.

Due to concerns of the coronavirus pandemic, they asked the stowaways to wear face masks but they refused.

Not knowing their Covid-19 status, the crew said they separated the Tanzanians and gave them food and water.

According to the accused, the stowaways wanted to know the vessel’s destination. The crew then built a raft from empty plastic drums and plywood, gave the stowaways life-jackets and water and asked them to leave the ship on the raft.

The vessel then sailed away once the stowaways disembarked and boarded the raft, the court was told.

They eventually washed ashore at Zinkwazi Beach near KwaDukuza.

The Chinese crew were directed by naval authorities to Richards Bay.

Kara-Ramkisson said the accused admitted that their actions could have resulted in serious injury or even death for the Tanzanians.

“The accused men were handed over to immigration officials after paying their fines,” she added.