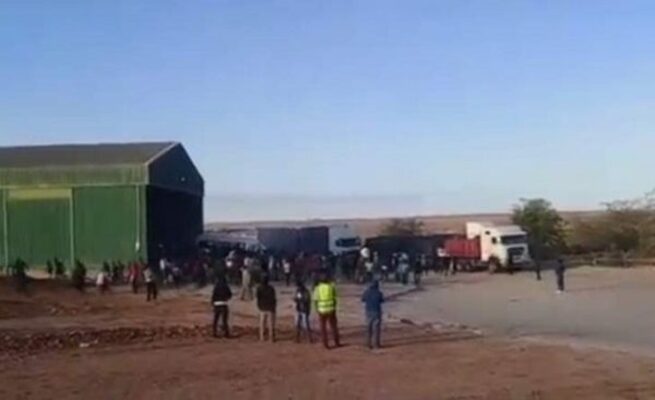 THERE was chaos at the Rainbow COVID-19 quarantine centre in Beitbridge with the 15 inmates demanding their immediate release.

The inmates also protested against being treated like convicts following the escape of one of their colleagues.

Beitbridge district medical officer Linos Samhere confirmed that the 15 were due to leave after testing negative.

“On the medical side, we are done and these (15) have been tested and are negative. Our part is done,” said Samhere.

The 15 have overstayed now by three days and Beitbridge district development co-ordinator Sikhangezile Mafu said the hiccup was caused by transport problems.

“We have been held back by transport logistics. We are taking care of that,” Mafu said yesterday.

Public transport throughout the country, save for Zimbabwe United Passenger Company buses, has been banned and other arrangements were being made by the Department of Social Welfare, she said.

Maximum quarantine days have been reduced to eight and all the 15 had been found negative of the coronavirus on tests done for their release purposes.

Mutandwa, who spent another 21 days in South Africa quarantine, said he was “home-sick” and growing impatient.

Those released are expected to self-isolate at their homes.

Yesterday, the inmates clashed with police after the latter tried to make a roll call following the escape of one inmate who had just been admitted to the centre.

“We came here willingly because we are complying, but they cannot treat us like prisoners because one escaped their lax security,” one inmate said.

There are many entrances to the quarantine centre and Beitbridge residents earlier disputed having the quarantine in the town citing police neglect could expose the entire town in case one of them was infected.

Meanwhile, a Murewa man was hospitalised at Parirenyatwa Hospital suffering from malaria, before testing positive for coronavirus, has been allowed to go home.