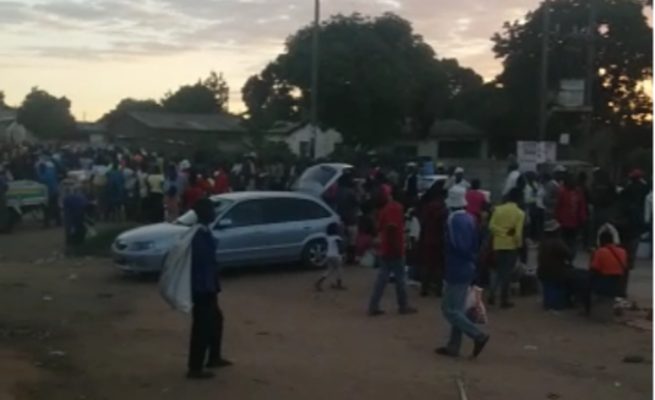 Home Affairs minister Kazembe Kazembe yesterday said there was concern over illegal parties and shebeens being run during the lockdown and would be forced to increase police patrols to curb the illicit activities.

“We are equally disturbed by reports of people who are having parties at home, operating shebeens and some who are drinking beer in groups while closing themselves inside bars and bottlestores. This poses a serious risk to the individuals concerned and the generality of the public at large,” he said.

Since government enforced a lockdown, which started on March 30 and ends on Sunday, following the outbreak of coronavirus, police have arrested 15 545 people for breaching lockdown regulations.

“A total of 15 545 people have been arrested throughout the country for various offences related to violation of the lockdown regulations. Besides the arrests, security agents are conducting awareness campaigns in all parts of the country to conscientise the people on the need to comply with COVID-19 safety measures,” Kazembe said.

Kazembe was coy on the deployment of soldiers, only saying if resources permit, patrols would be increased to ensure regulations are adhered to.

“I have said we are at war with an invisible enemy. Imagine if we were at war with an enemy who had a gun, would you need a police officer to tell you to take cover? We need to take personal responsibility so that we stay safe. People should stay at home,” he said.

Police boss Godwin Matanga, whose officers have come under fire for allegedly taking bribes from lockdown violators, called on the public to report such acts.