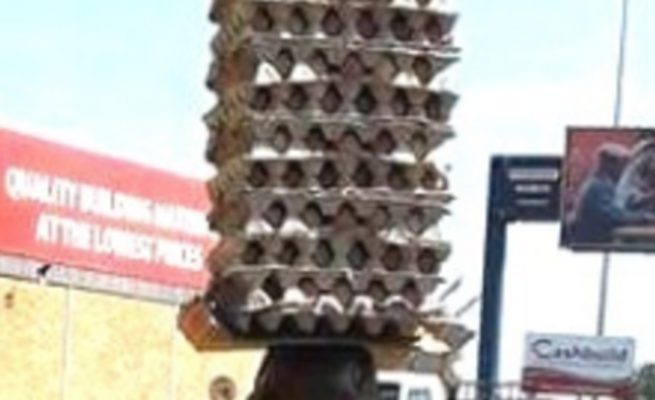 After breaking into a tuck shop and stealing an assortment of food items, a 22-year-old Sakubva man told a Mutare magistrate that he committed the offence as he wanted to stock up for the lockdown.

However, magistrate Miss Notbulgar Muchineripi was not moved by Tatenda Rondozai’s plea and sentenced him to 12 months in jail.

Two months were set aside on condition of good behaviour, while another four months were suspended on condition that Rondozai replaces the stolen items. Rondozai was charged with unlawful entry as defined in Section 131 of the Criminal Law (Codification and Reform) Act, Chapter 9:23. Area public prosecutor, Mr Tirivanhu Mutyasira told the court that the break in was committed on April 14.

“When the complainant, Brighton Musere (48) of Chikanga 3 left his tuck shop, everything was in order,” he said.

“On the same night, the suspect went to the locked tuck shop and forcibly opened the door using an unknown object. He stole eight crates of eggs, a solar panel, a gas cylinder, 16kg of chicken heads, 15kg of chicken feet, 15kg of chicken bones and 5kg of sausages. He then disappeared,” said Mr Mutyasira.

The matter was reported to the police and investigations were carried out, thereby resulting in Rondozai’s arrest.

Upon his arrest, police recovered some of the stolen items, valued at $1 000.

Rondozai had already sold some of the items valued at $3 800.

SAD: Beverly Sibanda hits hard times, breaks down as she reveals that hubby is...

News Muza Mpofu - 14 June 2021 0
Popular raunchy dancer Beverly ‘Bev’ Sibanda could not hold back her tears as she exposed her husband Mufudzi Chambuka’s cheating shenanigans with at least...

He trained and worked under 2 men: Top pastor reveals how late TB Joshua...