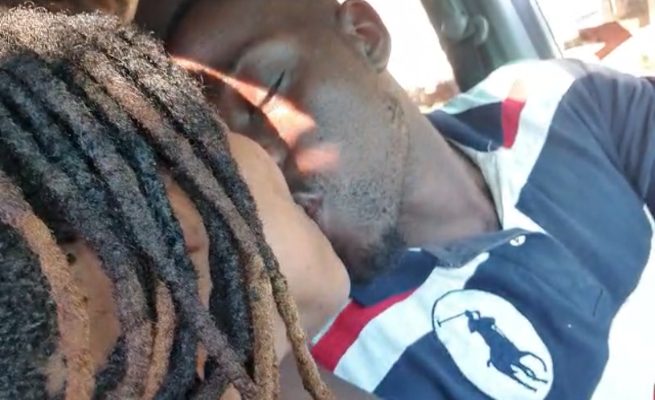 A married Chipinge Town Council employee, Oscar Chirombo’s leaked video in which he is ki_ssing a woman who is also understood to be married has caused a stir in the small eastern town of Manicaland.

The video went viral on social media. Chirombo who recently had a dreamy and expensive wedding has not been picking his phone for days.

The Mirror is told that the woman being ki_ssed by Chirombo is Sarudzai Dhliwayo and her husband is said to be in South Africa. Dhliwayo could not be reached for a comment.

In the video, Chirombo, a roads technician is seen ki_ssing Sarudzai while they sit inside a car.

A well known son of an MP in the area is taking the video while proclaiming that Sarudzai and Chirombo are a happy couple.

Sarudzai is at the same time enjoying her favourite Castle Lite.