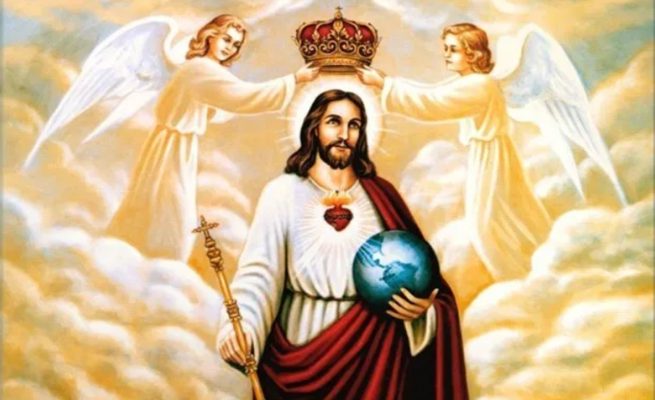 Paul Mwazha’s church has for six decades defined and redefined the African Christian’s religion and religiosity, the art and the belief, the belief and the execution of the belief.

Like the tentacles of an octopus, the African Apostolic Church has spread throughout the world, giving deliverance, hope, sleep and healing.

The sad story, though, is that at the age of 102, founder of the church, Paul Mamvura Mwazha is too old to ensure a smooth succession. In fact, age has taken him to another spiritual realm, where he can no longer talk to his children or congregants.

As the religious giant sleeps quietly in his home in Hatfield, Harare, his children tear each other apart in a ferocious battle to succeed him. Surely, it must not have ended this way, but as they say, time is a great teacher, it turns even iron into smothering.

“Give us a signal Paul Mwazha!” they cry. But the signal is not coming. Meanwhile, it’s game on. It’s dog eat dog for his succession. He watches haplessly as accusations and counter accusations fly.

But the story started like this: In the midst of an influenza pandemic that spiked the world, the night imperceptibly gave way to dawn on October 25, 1918 and a baby boy was born.

As many children that time died of influenza, the child was never given the chance to survive and was hopelessly named Mamvura by his parents who stayed in Chirimuhanzi, near Masvingo.

Mamvura depicts an infant, who will die and get buried by the muddy riverside, as is the tradition in many Shona villages in Zimbabwe up to now. The belief is that within a season the river would sweep away the remains right to the ocean, where the child will be given back by the spirits to the family through another preg_nancy.

As fate would have it, Mamvura fell sick with influenza and the family was sure, he was dying. As an afterthought, the family decided to take the child to a Catholic priest, so that the child dies holy. The child was baptised and Christened Paul. Thereafter, Paul Mamvura Mwazha survived and lives up to this day, and is turning 102 this year.

In 1959, after serving as a Catholic, Mwazha formed the African Apostolic Church, which redefined Africa’s religious landscape.

Today, the church is in the eye of a succession storm. His children who are now grandparents in their own right, are heckling over who takes over the church. But with age taking over Mwazha, also known as Mudzidzisi, (the revered teacher) by his legion of followers the world over, the centre can no longer hold. He can neither make a decision nor caution them. He is now in another realm of life.

For now, we will not delve into the merits and demerits of the succession for it is subjudice, since it is spilling to the courts. Paul Mwazha’s church has had a net effect of spreading to many countries in the world. Before the coronavirus lockdown, thousands of followers gathered weekly for deliverance from disease and other misfortunes. Mwazha led over two million followers across Zimbabwe, Zambia, Botswana, Malawi, South Africa, the United Kingdom and United States of America. His journey captured in his biography; “The divine commission of Paul Mwazha of Africa — Part I and II”.

Mwazha started the Roman Catholic Catechism classes at the age of 11, but a year later when he started school, it was at a Methodist school and he naturally turned to that church.

The story is also told that at the age of 12, Mwazha discovered the power of prayer when his mother refused to buy him a school jersey and went to some rock promontory behind the homestead to pray.

“Oh God, you who are my father. I have no father on this earth because you took him away. Please talk to my mother so that she feels sorry for me and she can give me the money I asked her to send to Harare for the jersey.” His mother immediately called out to him to run an errand then get the money for the jersey on his return.

Mwazha went on to become a teacher within the Methodist Church in Southern Rhodesia (now Zimbabwe).

In 1953, a group of African evangelists from the church led a spiritual revival in the areas surrounding Sadza Growth Point. The increasingly popular night prayer interdenominational sessions led by Paul Mwazha, during which healing and deliverance took place, were to become the bedrock of two churches in Zimbabwe. They also produced Bishop Loveless Matarirano Manhanga, who started out as a founding reverend in the newly-minted African Apostolic Church and would go on to found the Bethesda Apostolic Church.

“We summoned all worshippers to bring their luck charms, symbolic pieces of cloth that stood as garments of spirit mediums, animal horns adorned with beads and greased with raw fat; small axes, spears handed down from generation to generation and walking sticks held as symbols of Lordships binding families together. The connection of the dead to the living had to be dissipated by fire,” wrote Paul Mwazha in his biography.

Later a leader of the church, Reverend Wilson Rutsate, told The Herald that in spite of many myths that non-believers attribute to the church, there is no mysticism or any cult-like prohibitions on congregants.

“The African Apostolic Church advises its followers to get treatment at clinics and immunise their children and get contraceptive treatment from clinics and hospitals.

Reverend Rutsate said Paul Mwazha, being an educationalist himself, would not ask his followers to endanger their lives.

“His son, Masimba, is a medical doctor, which shows that the church is not against scientific doctrines,” said Reverend Rutsate.

Congregates wear spotless white gowns to church with women expected to have their heads covered and their robes falling down to the ankles.

On other days, church members wear pastel coloured clothing with no colour embellishments. Both se_xes are expected to wear long-sleeved tops. Women’s skirts must be loose and cover legs to mid-calf. Men fasten the top button on their shirts.

According to Paul Mwazha’s biography, his calling to the church was not a one-day event, but a series of revelations and visions that guided him right up to the formation of his church in 1959 and beyond.

In 1934, while in Standard Two, Mwazha says the Lord Jesus Christ appeared to him twice as a person in his sleep, he was almost real to life. He was flanked by two angelic figures and they were all clad in white long cloaks singing hymn 124 in the Methodist hymn book, 1940 edition.

In the second dream, he was sitting on a rock, when he turned east he saw a group of African men dressed in long white gowns under the shade of a lush green tree singing praises to the Lord and a voice said to him, “Behold the Apostles of Jesus”. Turning slightly to the south he saw the Lord sitting inside the rock reading a book with his face raised and facing the north and he exclaimed, “Ah Lord!” When he woke up he was enveloped by the Holy Spirit.

In 1940, while in his final year training as a teacher at Howard Institute, he had another vision which is perhaps the guiding light to his ministry. He saw, from a clear sky, an inscription “Recreation of Africa”. And a voice from God said to him, “Write to the students at universities so they can come and help you with the work of recreating Africa.”

Until he slid into the old age realm, his motto was “The recreation of Africa by the word of God”.

In 1942, an angel appeared to him in broad daylight while teaching at Gweshe in Chiweshe. He had just dismissed the school kids when the angel of the Lord came to him saying, “Child, do you want personal wealth?” To that question he said he replied, “No, I would rather have the church instead of wealth so that I may build the church of Christ”.

For almost 60 years he has not trimmed his beard, a vow he took when he founded the church.

That the church that did a lot to transform religion in Africa is in succession battle is unfortunate, but such is life. Give us a signal Paul Mwazha!

News Muza Mpofu - 21 November 2020 0
US President Donald Trump’s eldest son has tested positive for coronavirus, according to his spokesman. Donald Trump Jr, 42, was diagnosed at the start of...
Loading...