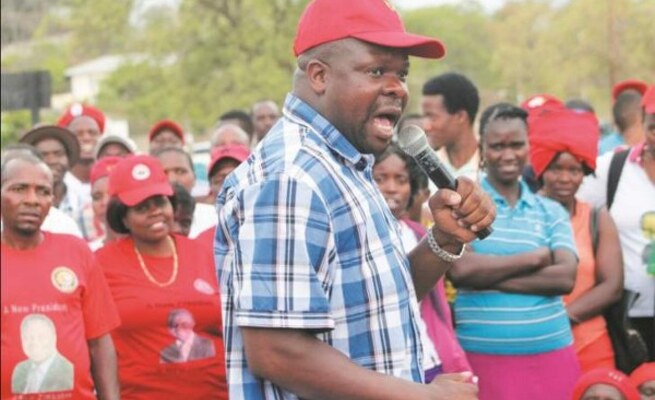 Top MDC Alliance official, Amos Chibaya, was this Sunday involved in a ‘near-death’ road accident just before the Runde river on his way from Gweru to Zvishavane.

Some have viewed the accident as an attempt by the Zanu PF administration to kill the MDC-Alliance Organising Secretary who is Nelson Chamisa’s close friend.

Among those who suspect foul play is Zimbabwean journalist and filmmaker, Hopewell Chin’ono who is a staunch critic of President Mnangagwa. He posted on twitter saying:

“In our country, many opposition leaders/critical voices have been killed through accidents. Today the MDCA organising secretary Amos Chibaya was involved in an accident. A stationary car driven by a CIO officer suddenly made a U-Turn & collided with Chibaya according to the MDCA.”

“ZANU PF politics has graves. The target against MDC Organising Secretary Hon Amos Chibaya is not a mistake. They know he organises the party, supporters and crunch time is waiting Mwonzora, Khupe, Mudzuri and Komichi so MDC @nelsonchamisa must be crippled. Systems footprints.”

Eyewitnesses reported that a Central Intelligence Organisation (CIO) operative, Norman Kujoka, made a u-turn in front of Chibaya’s approaching vehicle ramming into the front of the car.