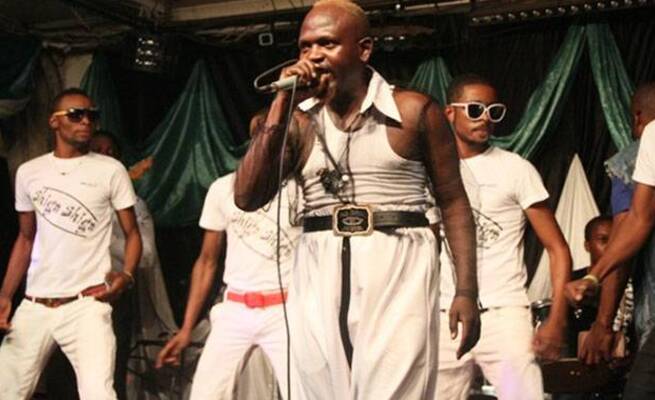 CONGOLESE chanter and nomadic choreographer Gift “Shiga-Shiga” Katulika has appealed for food handouts to fend for his family.

The usually-jovial father of five said he was struggling to bring food on the table for his children during the lockdown period.

So dire is the Utakataka Express dancer’s predicament since he solely relied on music show earnings for survival.

“I’m home on lockdown but it doesn’t look well for me here in Chitungwiza,” said the Chitungwiza based chanter.

“I can’t afford to buy the basics and it’s really sad when my kids are starving along with me at home.

“The kids want to be fed and I don’t have anything left for me in the house.

“I will be glad if people can assist me or send the money via my EcoCash (number 0775476478 under name Gift Katulika) nekuti hazvichisina kumira mushe.”

Asked how he was paying his bills and rental considering that he had nothing in his savings, Shiga said:

“It’s another issue my brother but Peter Moyo helped us in the first phase of lockdown with money to pay rent.

“He acted like a concerned boss and that what we also want but if this thing continues, his hands will be tied.

“What I urgently need at the moment is food my brother because life is unbearable.

“As you know, you can’t do anything in an empty stomach and I am really asking for food.”

Despite food shortages biting in Shiga’s house, the 46-year-old said he was hopeful life would change once the coronavirus recedes.

“We might be in this situation but I remain hopeful that life will change and I keep on praying to God so that he brings a cure for Covid-19.

“Musically, I’m still writing songs during the period we are in at the moment,” he added.

Shiga who came to Zimbabwe in the early 90s has been in the game for over three decades.

After his death, he joined Mutodi Stars along with bass guitarist Spencer Khumulani, drummer Guyson Sixpence while rhythm guitarist Innoncent Mjintu was part of the set-up.

He then rejoined Utakataka Express under Peter Moyo and in between, Shiga has been working with a number of artistes as a session guitarist.