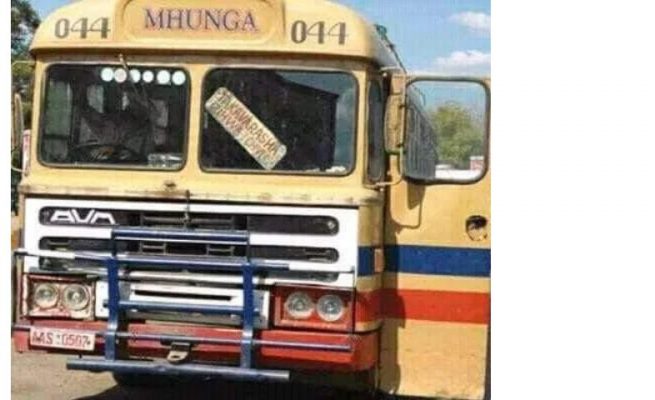 Tavaruva died at his Rhodene home here yesterday around 2pm, after a long battle with diabetes and hypertension.

His son, Mr Godfrey Tavaruva described his father’s passing on as a huge loss to the Mhunga family.

“He was diabetic and hypertensive and his condition deteriorated after we had just returned home from a check up by a medical specialist. He passed on at home today (yesterday) around 2pm.’’

“His death is a very big loss to us as a family and to the Masvingo community at large. We will remember our a father as a hardworking and caring man who instilled the virtues of hard work, commitment and love to us his children and the bigger family. Will sadly miss him.’’

Godfrey said his father would be remembered as a passionate soccer fan who founded Masvingo United Football Club, which scaled greater heights at its peak in the Premier Soccer League and came within a whisker of winning the championship, many times.

Minister of State for Masvingo Province Ezra Chadzamira said Masvingo would be poorer without Mhunga, who was a pacesetter in the transport industry and leading light in agriculture.

“It is a big loss to Masvingo. We have lost a unifier and a man who was focused on the development of Masvingo province and the nation at large. He changed the face of the transport sector in Masvingo as one of the pioneers. He was also an agriculturalist. We have lost a giant, a man who also united the people of Masvingo through sport. We will sadly miss him,’’said Minister Chadzamira.

Masvingo Transporters Association chair Mr Julius Marimbire mourned Mhunga, describing him as a pioneer indigenous transporter who changed the face of the transport sector in Masvingo and the nation at large.

Mr Marimbire described Mhunga as a torch-bearer in the transporter sector, whose footprints will be difficult to erase among indigenous players.

“He inspired the birth of a group of indigenous transporters who emerged in the post-independent era and rose to become major players in the public transportation system. Mhunga will be dearly missed. He changed the face of Masvingo and gave hope to many people in Masvingo and the nation at large that black people could rise and sit at the top as a dividend of hard work.’’

“We will also remember him as a patriotic figure who believed in the capacity and potential of black people to excel in various fields of endeavour. As young business people we will remember Mr Tavaruva for his selflessness and unparalleled love for his country.’’ Masvingo Mayor Councillor Collins Maboke mourned Tavaruva saying he changed the face of the city through sport and his various business enterprises that created employment for thousands of people.

Tavaruva was given Freedom of the City of Masvingo at the turn of the millennium and Councillor Maboke said the country’s oldest town has lost an advisor and an icon who contributed immensely to the city.

The late Tavaruva was in line to assume the Gutu chieftainship as a descendant of the Madyira clan.