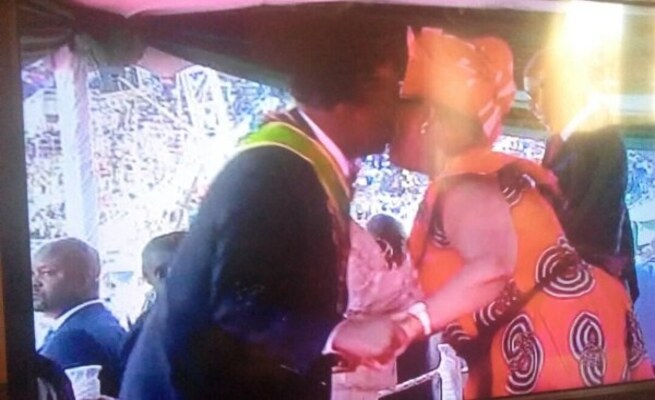 The outspoken former Finance Minister during the 2009-2013 GNU said the government is planning to amend the constitution to suspend all elections for 7 years. Biti tweeted:

“Desperate regime actively negotiating some GNU with Supreme Court created Frankenstein outfit and other dross with constitutional amendments being mooted some of which are to suspend all elections for 7 years. The desperate marriage of unelectable desperados not popular inside.

“The regime is broke and broke in absolute terms. The coffers are empty and they are generating salaries through the RTGS Ponzi scheme.

“To date, Treasury has not disbursed safety nets payment to Min of Social Services. Tobacco sales have had a poor start and donors not coming on board.

“No amount of lipstick or political gamesmanship can save regime and its acolytes. No amount of manipulation and abuse of state institutions will save same.

“Only robust political solution that respects the people s will and commits to irrecoverable reforms can save Zimbabwe.”

Some reports claim that Khupe wants to expel more MDC Alliance MPs from Parliament so that she gets a seat and become Leader of the Opposition in Parliament to be in a position to negotiate a power-sharing deal with President Emmerson Mnangagwa.