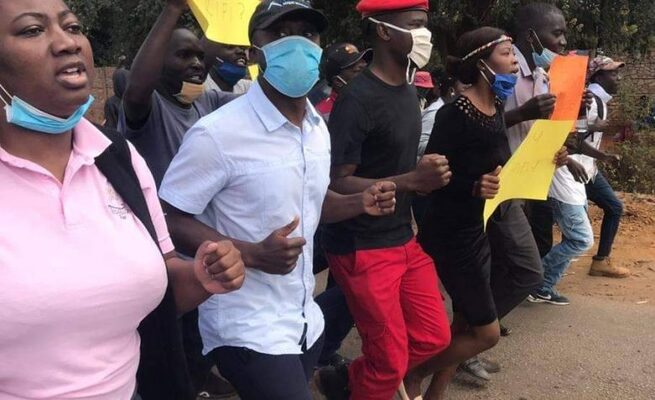 The three missing MDC A activists, Joanna Mamombe, Cecilia Chimbiri and Netsai Marova have been found, after they were dumped at Muchapondwa shops in Musana, Bindura South, following alleged torture.

Lawyers, Jeremiah Bamu from Zimbabwe Lawyers for Human Rights filed a Harbeas Corpus application to compel the police to determine the whereabouts of the trio, who has been missing for more than a day, within 12 hours of granting a court order.

“They are in very bad shape and they have told horrendous tales of torture and abuse. Mamombe and Marova are having difficulty in walking while Chimbiri is complaining of severe head pains, ” said MDC spokesperson Luke Tamborinyoka in a statement.

He said they are currently being assisted to check into a medical facility in the presence of lawyers and the police.

“After receiving a distress phone call from the dumped cadres who had been accommodated by a sympathetic villager in Muchapondwa, a group of MDC officials that included Secretary for Welfare Maureen Kademaunga and deputy organising secretary Happymore Chidziva immediately alerted lawyers and the police and drove to the area in Bindura South where they found the three cadres in very bad shape.”

They were found dumped near Muchapondwa shops, popularly known as “paSupa”.

According to the party’s rescue team that drove to Bindura with lawyers and the police, the three ladies said they were first taken to Harare Central Police station after being “arrested”.

They were later taken from the police station and were driven away in a black Toyota Wish vehicle.

“The men who drove them away covered the ladies’ faces with what looked like sacks.

“They remember being taken to a forest and being put in a pit where they were brutally assaulted,” said Tamborinyoka.

The three are telling horrendous stories of abuse and humiliation that include being forced to eat human excreta.

They are currently checking into a medical facility, under the close watch of MDC officials, a team of lawyers and some nine police officers from the Law and Order section.

The three are still heavily traumatised and their clothes are torn.