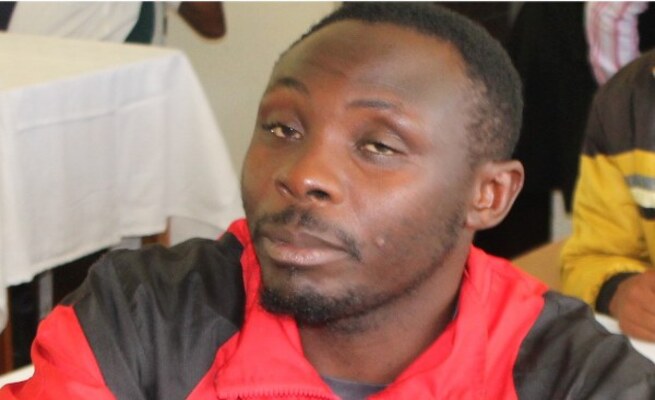 Veteran sportscaster Spencer Banda, who is in a rap_e accusations storm on social media, has told his accusers to take him to court if they truly have a case against him.

In an exclusive interview with H-Metro, Banda said his stance on the issue has not changed despite the Facebook drama on Wednesday as a number of women accused him of rap_ing them when they were pupils at his family school.

“I have said it before, and I will say it again, rap_e is a serious allegation that’s not reported and defended on social media, if anyone was rap_ed in the gruesome ways being narrated on social media, they should report the matter and let me have my day in court, I am waiting,” he said.

Banda said it was not the first time that he has been labelled a rap_ist. He was even taken to court on the charge in Chegutu where he was acquitted.

“If someone alleges that I rap_ed them, they should take me to court as what happened in 2004, we went to court and it was discovered that they were lying, so if anyone feels that I was unjustly cleared, we can go back to court again,” he said before hanging up.

The popular sportscaster was once tried over allegedly rap_ing two minors at Chinhoyi Magistrates Court in 2004.

The fresh accusations were shared on Facebook Live on Melissa Maisva’s Sis Melly Diaries with over 5000 viewers similar to the premiere of the documentary Surviving R.Kelly, a documentary detailing se_xual abuse against American singer R.Kelly (which he denied).

On the three hour long live video, Sis Melly as she is popularly known, had calls with the alleged victims and former students from Banda’s family school Sodbury High School accusing him of rap_e, molestation and ‘murder’ of a student who was reportedly beaten to death by his school staff and it was covered up as suicide.

In the live video, it was revealed that prior the old students deciding to go live and sharing the horrors perpetrated by Banda, they had added him and his wife Sharon to a WhatsApp group where they confronted them over the “crimes” they committed at the school.

Sharon was implicated in the rap_e storm for allegedly protecting Banda whenever the students reported rap_e and molestation. It was alleged that she would beat the complainants and sweep the reports under the carpet.

The first caller said she was 16 in 2001 when she was allegedly rap_ed in the sports room after Banda had assigned her to take the ‘drummies’ uniforms after a training session and he followed her there where he allegedly rap_ed her.

The second caller claimed Banda put her in charge of sports and drummies as the captain and one day he asked her to go and get keys for the sports room and he allegedly rap_ed her, in her words, “I was 14 and a virg_in and he rap_ed me I will never forget that,” she said before breaking into tears.

A Third caller who was a student at the school from 2000-2003 said she loved sports and he allegedly used to f0ndle her all the time and when he tried to rap_e her, she reportedly hurt his privates.

“He made me netball captain and Vice Head girl. He is known for having one (private) after he tried to rap_e me and I overpowered him, he recuperated at Darwendale Hospital and lied to his father that he had been hurt playing sports,” she said.

A fourth caller claimed she was abused in 2007-2008 when Sharon, Banda’s wife was the headmistress and he used to f0ndle her whenever they were alone.

He allegedly tried to rap_e her in the toilet but failed and when she reported to his wife Sharon, she allegedly accused her of sedu_cing her husband.

She later confided with her English teacher but no action was taken and Banda allegedly continued m0lesting her whenever he got the opportunity.

The fifth caller was a male former student who joined the school doing Grade Four in 1991 and stayed until 1997 when he completed Form Four.

He alleged that Banda’s father was the one who started the abuse.

The most intriguing caller was the former head boy for the year 2001, who said he was used as a ‘pimp’ to arrange girls for Banda.

“The stories these girls are saying are true and very painful, some of the things he did were unspeakable, we used to go for evening study sessions and towards the end, he would come to me and ask me to switch off the lights for the whole school so that his catch would stay behind so that he could ‘rap_e’ them.

“He would ask me to go and get girls for him in their hostels, the girls used to sleep in the dark so that he could get in whenever he wanted, we then discussed it in the boys hostels that our girls were being abused and I told him that I didn’t want to be used anymore that’s when he hated me and had me demoted,” he said.

Several other callers called in corroborating what the previous callers had said.

However, Banda believes this was staged by people with an agenda, insisting that his hands are clean.