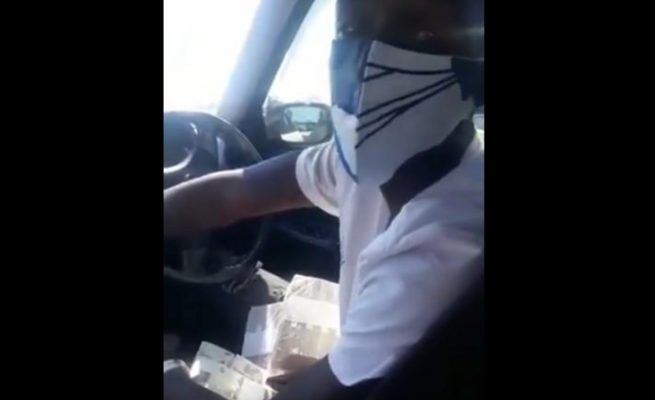 The Reserve Bank of Zimbabwe has claimed that it has identified the man who appeared in a video that circulated on social media recently bragging for getting crispy banknotes. We present the bank’s statement in full below.

Further to the Reserve Bank of Zimbabwe (the Bank) Press Statement dated 7 May 2020 appealing for information that would assist in identifying the man who appeared in a recent social media video clip in possession of brand new ZW$5 notes, with a view to establishing the source of the cash, the Bank wishes to advise the public that the Financial Intelligence Unit (FIU) has completed its investigations on the matter.

With the help of information supplied by members of the public, and working in close cooperation with the Zimbabwe Republic Police (ZRP) and the family of the man in the said video, the FIU has been able to identify the source of the banknotes through checking the serial numbers against the Bank’s records.

The FIU has now referred the matter to the law enforcement authorities to carry out any further investigations and to deal with the wrongdoer(s) in terms of the law.

Meanwhile, the Bank would like to express its appreciation to the public for the cooperation it received on this matter.