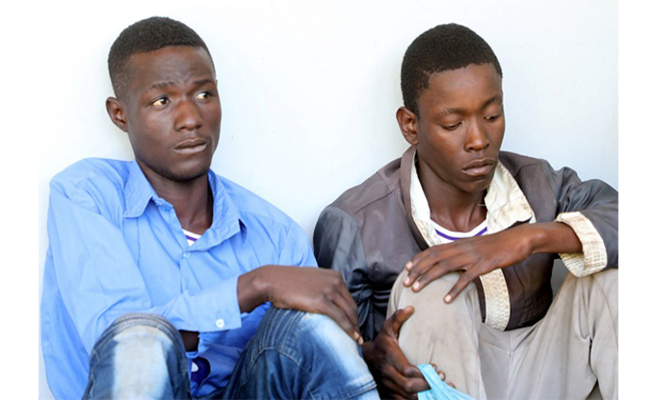 TWO youths from Bulawayo who allegedly stole a US$20 000 wristwatch in Montrose suburb and sold it for $30 were yesterday brought to court for further detention.

They were brought to court after it emerged that they also committed a series of attempted murder cases and armed robberies, which police want to investigate.

The watch was part of a $1,5 million loot the pair allegedly stole during a four-month house-breaking spree in the eastern suburbs.

Cuthbert Munyandi (18) of Nketa and Joseph Gamuchirai Nyasha (20) of Sizinda allegedly prowled around suburbs that include Morningside, Hillside and Fourwinds between February and May this year, targeting electronic gadgets.

They were arrested on Tuesday last week after allegedly selling some of the stolen property for a song.

Munyandi and Nyasha allegedly conducted daylight burglaries, mostly between 8am and 5pm when home owners were away.

The two, who are already facing seven counts of unlawful entry and theft, were yesterday brought before Bulawayo magistrate Mr Tinashe Tashaya by police who sought further detention.

Mr Tashaya granted the application for another 24 hours to facilitate further investigations. Police said there were reasonable grounds of suspicion the duo committed a series of attempted murder cases.

They are expected to appear in court again today for armed robbery and attempted murder.

According to court papers, on March 8, the accused persons went to a house in Morningside suburb and force-opened the door to the complainant’s bedroom and stole US$3 000 and an FN Browning pistol.

Between April 10 and 12, the accused persons committed two counts of attempted murder by shooting at two complainants.

On April 21, the accused persons threatened the complainant with a firearm and robbed her of cash and cellphones.

In one of the raids, they got away with a Cartier wristwatch worth US$20 000.

The luxury wristwatch costs between US$3 000 and US$30 000 on an online catalogue, where prices are down by up to 40 percent.

Police recovered the watch when the suspects led them on indications.

The police have placed the value of the stolen property at approximately $1,5 million, although the street value of the watch alone is above $1 million.