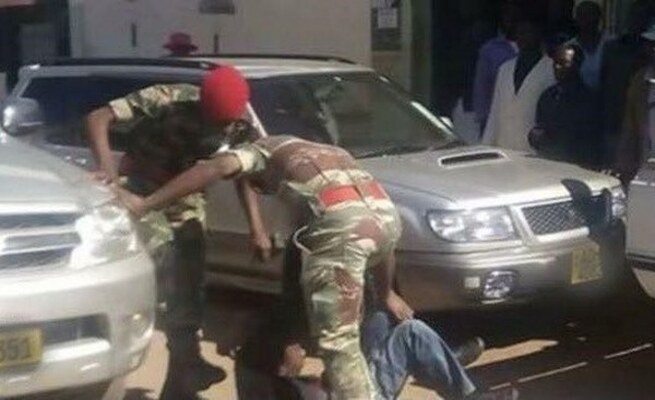 There was drama in Chivhu yesterday when members of the Zimbabwe National Army stormed Seequick Shop and beat up two CID Police officers who allegedly did not properly put on their face masks.

The soldiers who were armed randomly assaulted everyone in the shop without asking questions.

A melee almost broke out when the cops tried to resist the soldiers by threatening to hit back.

Efforts to get a comment from National Police Spokesperson Assistant Commissioner Paul Themba Nyati were futile but a memo seen by The Mirror shows that Detective Constable Austin Chikwinya and his colleague Sam Mutausi were buying groceries when the soldiers arrived.

The soldiers clapped the cops in the face with open palms as the former tried to identify themselves.

A day earlier the same soldiers together with six others assaulted people randomly at Zimbabwe Hotel including the owner Kirsty Muzana (42) and his wife Eva (32) for not switching off lights at the hotel building.

News Cynthia Goba - 28 July 2021 0
MDC Alliance principals have removed the MDC-T from the grouping, accusing it of acting unilaterally without consulting them, a move that will likely throw...
Loading...