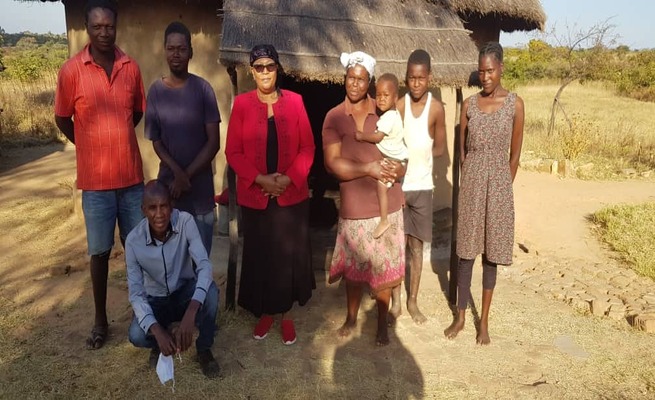 Khupe, who was at loggerheads with Tsvangirai for several months before his death on Valentine’s Day in 2018, visited Humanikwa Village in Buhera to consult Tsvangirai’s “spirit” at his graveyards.

She was accompanied by Douglas Mwonzora, Morgen Komichi and Elias Mudzuri among other senior party officials.

Several commentators who aired their views on Twitter considered Khupe’s antics bizarre and hypocritical. Below are some of the comments gleaned from Twitter:

Davis Laque: It is strange to seek an audience with a dead man when you chose not to meet him when he could speak back. How is this a conversation? How does it make sense? What is MRT’s interest in the continued disintegration of a party he founded with others?

The hypocrisy is amazing. What exactly is the Legacy of Morgan Tsvangirai if you didn’t agree with his appointments of two additional VPs, and most importantly, reintegration with all factions that had moved out? How do these people reconcile this?

Pedzisai Ruhanya: Mwonzora, Khupe group believe in African magic in politics that’s why they are consulting the dead. Surely this can’t be allowed in modern politics; witchcraft as mode of governance, very archaic and primitive politics.

So Khupe thinks that the late Morgan Tsvangirai can speak and influence judges to get justice when he died with two court cases pending; 2000 and 2002 parliamentary and presidential election petitions respectively

Since June 2017 until his death in February 2018 Khupe refused to meet Tsvangirai. Suggested that she would want to meet Tsvangirai on a neutral venue in Chegutu, Morgan refused. MDC people know this. Now Khupe and Mwonzora lead a delegation to the grave of a man she defied.

Alfy: If you can’t win the living, go for the dead.😀 That moment you realise @nelsonchamisa has the masses, you end up going to try and appease the dead that you disrespected when they needed you. Time we should let MRT and his name RIP so that we can move on.

Alex Magaisa: This here is the video if you have the stomach for it. Knowing Save, he would be probably have said if he saw such a sight “Hanzi zvaita seiko nevanhu avo nhaiwe? Hah, no mhani zvinoita vanhu so” (What are they doing?) and he would burst into his trademark hearty laughter.