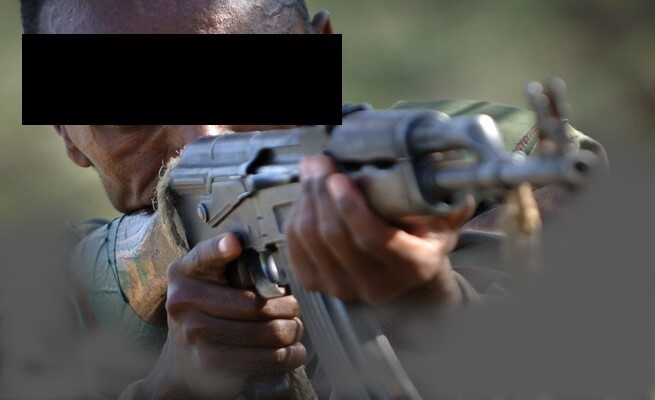 A Beitbridge-based female soldier was allegedly disarmed by a man, who is suspected to be suffering from mental illness while on duty at the border post.

The incident attracted attention when a single bullet was discharged but no one was injured.

Other witnesses, however, said the man was not mentally disturbed but frustrated by soldiers that were blocking him from boarding South Africa-bound trucks.

Police spokesman Assistant Commissioner Paul Nyathi could neither deny nor confirm the incident opting to refer questions to the Zimbabwe National Army for a comment.

Witnesses said the man charged at the unidentified soldier and knocked her down at the same time stripping the servicewoman of her AK47 assault rifle.

“It happened in a flash and the soldier was down as the man held the gun as if he was going to fire and cocking the weapon at the same time,” said the witness.

He was stopped by another male soldier, who quickly moved in and assaulted him and wrestled off the firearm and in the melee with a single shot was discharged.