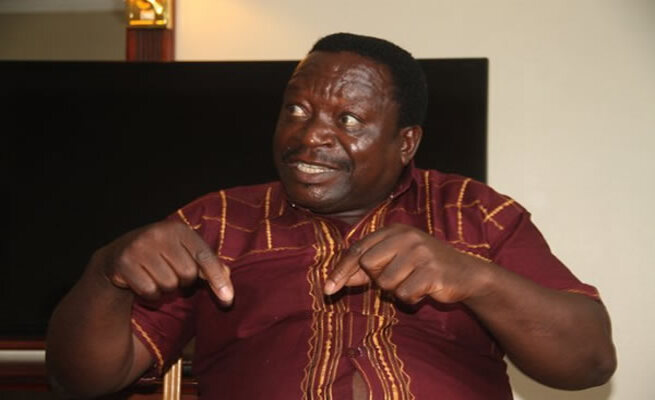 Zanu PF remains confident of reaching the five million membership mark by 2023, despite the Covid-19 pandemic that has slowed down the movement of some of its programmes.

The ruling party’s national Political Commissar, Cde Victor Matemadanda, told The Herald yesterday that they have not suspended party structures re-organisation, although they had been hampered by the national lockdown.

“We are still feeling very positive that we will make the five million membership target by 2023,” he said.

“We have not stopped working out cell structures and mobilising and capacitating our people. The party never stopped carrying out programmes, we are doing them at a lower scale.”

Cde Matemadanda said it was critical for mobilisation to start from the grass roots level, as the party moved to growing its membership.

He said more activity was happening at village level where groups of not more than 50 people were allowed to gather while practicing social distancing.

The move to increase the party’s membership to five million was one of the party’s resolutions at its Annual National People’s Conference held in December last year.

Cde Matemadanda said the party was engaged in projects to help grow the economy, in line with President Mnangagwa’s call for increased productivity this year.

“We are focusing on productivity, this is a year of productivity,” he said. “For as long as we do not turn ourselves from consumers to producers, nothing will change.”

News Sekai Moyo - 8 July 2020 0
OPPOSITION MDC Alliance leader Nelson Chamisa has assured his followers that he is still in charge of the main opposition political party in Zimbabwe,...

SAD NEWS: Police officer dies after being run over by gonyeti truck

News Sekai Moyo - 8 July 2020 0
A POLICE officer based at Chivhu Police Station died on the spot on Friday after he was run over by a haulage truck that...

Man in trouble after killing a 'thief' who attempted to steal shoes from his...

News Tshuma Rueben - 8 July 2020 0
A BEITBRIDGE resident has been locked up for allegedly killing a suspected thief who attempted to steal from a neighbour’s house. Donemore Gumbo (20) was...

Videos & Pics Tanya Mugabe - 8 July 2020 0
Brazilian President Jair Bolsonaro said on Tuesday he tested positive for coronavirus, adding ithat he was in good health despite running a fever. The right-wing...

Horror as teen boy bashes neighbour to death with brick during a dispute over...

News Nelson Bhebhe - 8 July 2020 0
A 19-YEAR-OLD teenager has been arrested after he allegedly killed his neighbour during a dispute over age difference. Matabeleland South provincial police spokesperson Chief Inspector...

Chaos as gonyeti driver discovers poisonous snake in his truck while doing 123km/hr along...

News Tshuma Rueben - 8 July 2020 0
An Australian trucker managed to fight off a highly venomous snake while doing 70mph along a busy road. Police in Queensland pulled over the 27-year-old...

Latest on Chinese Mine manager Zihang Xuelin who shot and injured 2 workers following...

News Sekai Moyo - 8 July 2020 0
The Gweru mine manager, who allegedly shot and injured two of his employees following a pay dispute at the company premises a fortnight ago,...

News Cynthia Goba - 8 July 2020 0
A 65-YEAR-OLD man from Dete in Hwange District allegedly hanged himself at his family’s graveyard and left a suicide note saying he was tired...