The Ministry of Health reports that all the new cases are returnees from South Africa who are all isolated.

Matebeleland South is now second to Harare in terms of confirmed cases after recording 8 new cases yesterday taking the total number of cases known in the province to 40 while Harare has 97.

A surge in the number of cases in Matebeleland South is attributed to the fact that the province hosts 2 of Zimbabwe’s major ports of entry in Beitbridge and Plumtree.

Beitbridge itself has half of all cases confirmed in Matebeleland South. 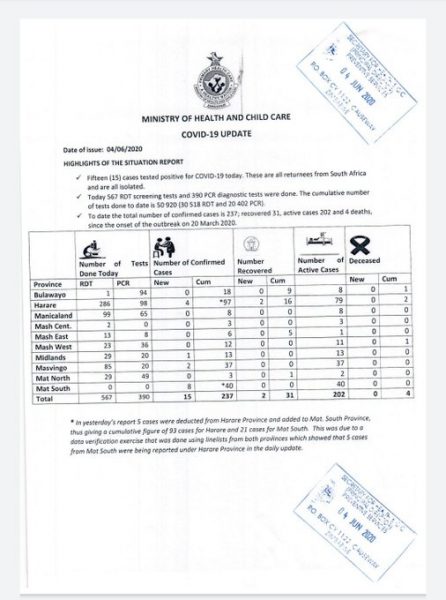