The United States embassy in Harare has condemned the government of Zimbabwe’s use of the military to seize offices that were being used by the opposition MDC Alliance led by the people’s favourite leader Nelson Chamisa.

A group of youths aligned to Thokozani Khupe, who was rejected by Zimbabweans during 2018 elections, backed by members of the country’s armed forces on Thursday night seized Morgan Richard Tsvangirai (MRT) House, formerly Harvest House in central Harare.

In a statement, the US embassy condemned the Zimbabwe government for politicising security forces to target opposition parties. The statement posted on Twitter read:

“We are dismayed by the politicized use of security forces to take over the headquarters of an opposition party and arrest its members. 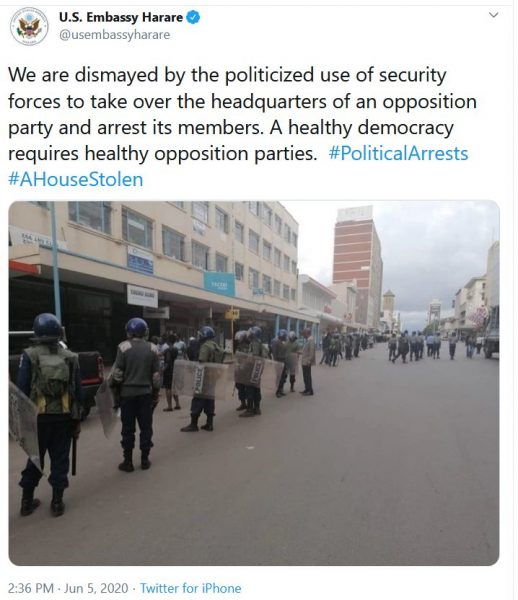