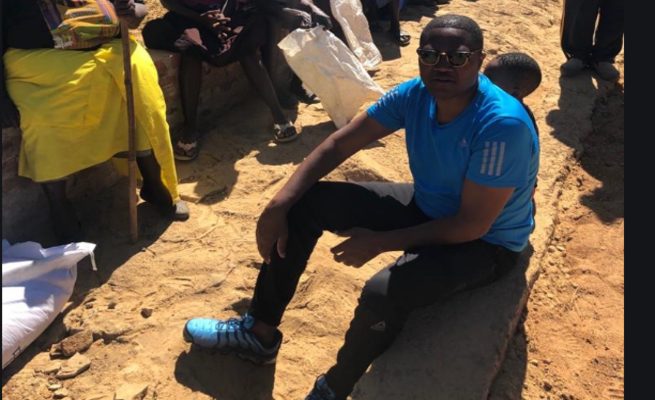 The outspoken Goromonzi West lawmaker was fired last month by President Emmerson Mnangagwa from his ministerial post under unclear circumstances, but observers believed it was more to do with his alleged abuse of his microblogging Twitter handle.

Mutodi was removed as a provincial Zanu PF member at a meeting held in Murewa the same week.

According to a Zanu PF official from Mashonaland East, Mutodi is yet to receive the prohibition order issued out by the provincial executive committee (PEC) as he is currently in his home area of Masvingo.

“The position is that he (Mutodi) is yet to be served with the papers following his suspension from the provincial executive,” the official, who requested anonymity, said.

“The people who were sent could not find him and he confirmed that he was in his rural area in Masvingo province.

“Mutodi did even send a video confirming that he was in Masvingo province. We hope he will get the suspension letters given that Parliament has begun its business. As it stands, the whole disciplinary issue is still in limbo.”

Provincial disciplinary committee chairperson Michael Madanha yesterday confirmed that Mutodi was not around despite his office having done all the necessary papers to serve the former deputy minister.

“You can go to the (provincial) office and get correct information,” he said.

“What I know is that all the paper work was done and there have been some changes on the dates for the disciplinary hearing.

“The last time I checked, the office personnel could not serve him the papers as he was away in his home area, in Bikita and there was no need to follow him there. Everything is on course and the process will be through anytime soon.”

Efforts to get a comment from Mutodi were fruitless yesterday.

News Muza Mpofu - 28 July 2021 0
A SUSPECTED se_x worker plying her trade in Harare’s Avenues area allegedly teamed up with a taxi driver and another suspected robber and trailed...
Loading...