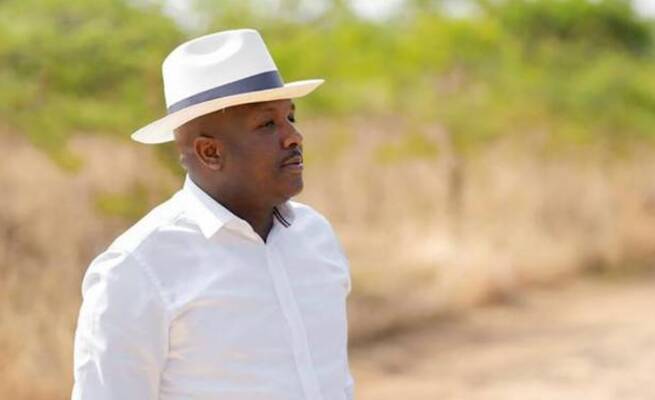 ADDRESSING a press conference on Thursday last week, Home Affairs and Cultural Heritage Minister Kazembe Kazembe revealed that the vehicle driven by MDC-T Harare West legislator Joanna Mamombe during an alleged abduction did not belong to her.

“While Joana Mamombe claims to have been driving her own vehicle, Mercedes Benz, silver in colour, registration number AFE 9222, checks with Central Vehicle Registry records show that the current owner of the vehicle sold it to one Andrew Manongore in January 2020, who is yet to complete change of ownership formalities into his own name,” said Minister Kazembe.

“There are emerging unsavoury social connotations relating to this ownership which we opt to leave out for another day.”

Following this development, The Sunday Mail tracked down the owner of the car, who revealed in an exclusive interview that he was in a r0mantic relationship with Mamombe since January this year and she had borrowed his car on the day in question.

Apparently he is also a flamboyant businessman and Zanu PF supporter.

Manongore confirmed ownership of the car identified as the one Mamombe was driving on the day of her “abduction” together with two other MDC-T members.

Manongore (34), who lives in Chisipite, said Mamombe had free access at any time to his fleet of cars but in this instance, he was shocked when pictures surfaced on social media as he was not aware that the car had been used in “criminal activities”.

“She is my girlfriend. We started dating in January this year. I spend a lot of time with her; she drives any of my cars, although she prefers the Benz in question,” he said.

Manongore said he was still seeking answers on the trio’s disappearance and re-appearance and the involvement of his vehicle in a criminal investigation.

“I am still wondering what happened. I cannot talk to her because she does not have a phone. I tried reaching out to her but I cannot go to the hospital because people from her party may be hostile towards me. Right now we are talking through intermediaries and family members,” he said.

He added that he was in no hurry to retrieve the car as it has potential to help police officers make sense of the confusing situation.

“Joanna was not mobile during that time, she had left her Toyota Fortuner in Masvingo and was using my cars to move around. I am more worried about her than the car at this point.”

Asked if Mamombe had expressed any concern regarding her safety prior to the alleged abduction, Manongore said: “When I was speaking to her mother and friends, they said she was afraid factional issues in her party could turn nasty.

“When we started dating, I was hearing of a guy called Mfundo from civil society. Joanna told me he is from her past but I am shocked to see him being visible since this alleged abduction happened. There were days he was always at the hospital and I do not know why that was the case.

“He is said to be a dubious character who can do anything for money. I am suspecting that this guy could have influenced my girlfriend to engage in demonstrations during a pandemic. Although we support different political parties, we have not had a problem until now and I am sure some other forces misled her.”

Two other MDC-T youth members — Netsai Marowa and Cecilia Chimbiri — disappeared together with Mamombe for a few days under unclear circumstances after an illegal flash demo in Warren Park on May 13, 2020. Investigations into what transpired are still ongoing as the trio allege that they were abducted after being arrested by the police.

In recent months, the MDC has been rocked by vicious infighting, with different groupings battling to control Harvest House and funds disbursed under the Political Parties Finance Act.

Investigations show that the three women actually remained in Harare long after the time they claim they had been thrown into a four-metre deep pit.

This evidence shows that the three converged somewhere in Harare in the morning of May 13 2020, drove along Samora Machel Avenue to Warren Park, where they spent just under two hours most probably participating in the demonstration, and then drove back together to Harare CBD via Rugare, Lochinvar and Harare Kopje.

The evidence does not place any of them on Samora Machel Avenue between Warren Park and Harare CBD or at either of the two roadblocks at National Sports Stadium and the Harare Showgrounds where they claim to have been abducted.

The evidence also places the trio somewhere in the Kopje area before they moved to the vicinity of Advocates Chambers in Old Mutual Building, where Chamisa’s private offices are incidentally located.

They spent substantial unexplained time in both locations.

From Advocates Chambers they moved to Chimbiri’s residence in the avenues area. From there, Joana Mamombe is traced to Golden Stairs in the vicinity of Ashbrittle Service Station around 4.07pm hours then to Belgravia an hour later, back to the Kopje area around 9.39pm, then back to Chimbiri’s flat around 9.40 pm.

These movements are taking place long after they claimed to have been abducted and after they also claimed to have left their phones in Mamombe’s parked and locked car. Netsai Marova also moved around quite traceably, but separate from the other two, for a while, way after her alleged abduction.