“#BREAKING High Court grants interim order barring MDC-T from replacing four MDC Alliance MPs and Senators before the determination of their main application before the same court, seeking to have their recall invalidated. “

4 MDC Alliance MPs including Secretary-General Chalton Hwende were recalled by Mwonzora after the supreme court ruled that the Nelson Chamisa was not the legitimate MDC leader and restored the party’s 2014 structures.

MDC Alliance Secretary General, Chalton Hwende also tweeted, “The ruling today by Justice Mafusire has effectively stopped plans by Mwonzora and ZANU PF of smuggling Thokozani Khupe in Parliament by replacing Thabitha Khumalo as the Leader of Opposition in Parliament.” 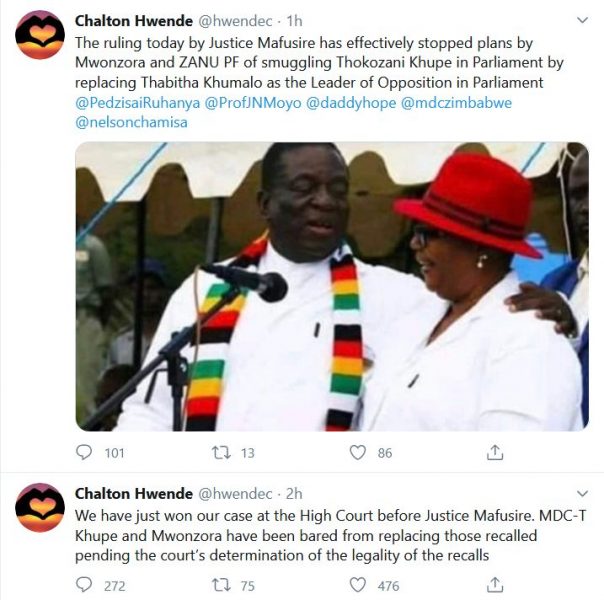 Thokozanu Khupe was rejected by Zimbabweans in 2018 elections. She performed dismally in the presidential election. Her party, MDC-T, failed to win even a single local government seat.