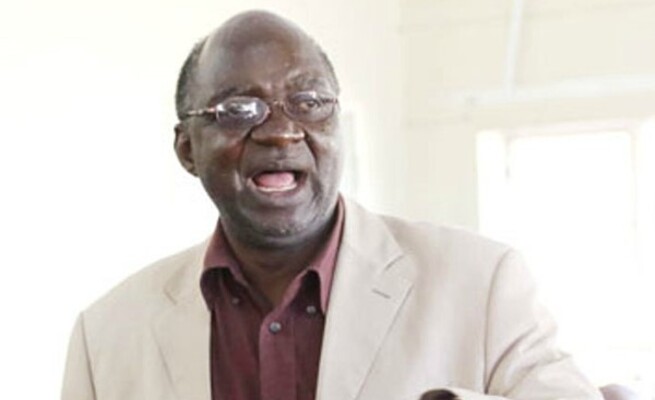 WAR veterans secretary in the Zanu PF politburo Douglas Mahiya torched a raging storm in the ruling party circles at the weekend after he “officially” launched the war veterans league without the consent of provincial chairpersons and the party’s national commissar Victor Matemadanda, NewsDay has learnt.

The event was held in Centenary, Mashonaland Central province with the aim of turning the war veterans association into a wing of the ruling party.

About 200 former freedom fighters, among them Lands minister Perrance Shiri, attended the meeting, but party chairperson and Defence minister Oppah Muchinguri and her deputy Matemadanda whose ministry is in charge of war veterans, were conspicuous by their absence.

Several war veterans’ provincial chairpersons claimed they were not invited and were taken aback by the development as they expected an amendment of the party’s constitution before their incorporation as a wing.

Yesterday, the 10 provincial chairpersons released a hard-hitting statement, accusing Mahiya of operating unilaterally and conniving with some elements of the G40 faction to destabilise the ruling party ahead of the 2023 elections.

“We are extremely surprised to note that Mahiya decides to rush to launch the league even before the party constitution has been amended to accommodate that. From the start, decisions on the establishment of the league were done without consulting veterans of the liberation struggle. The league formation was just rushed through the politburo, central committee and (2019 Zanu PF) conference (in Goromonzi) without consulting stakeholders,” the statement read.

“Provinces were expecting Mahiya to come to them to explain and update them on the modalities of conference resolutions on the league. Ever since the period of the conference, Mahiya has not addressed veterans of the liberation struggle in any of the 10 provinces, yet he rushes to launch the league. One wonders whose interests he is serving, also given the calibre of people pushing him.”

The disgruntled chairpersons added: “Party procedures are such that such occasions are handled by the commissariat department. The absence of the commissariat department on such a crucial occasion raises a lot of questions. As provincial chairpersons, we condemn in the strongest terms what has happened at Altena Farm in Mashonaland Central province.”

“This is not the vision we had when coming into the new dispensation. I do not know whose interests Mahiya is trying to please. He should have consulted us,” Bhila said.

His sentiments were echoed by Cephas Ncube (Bulawayo), Virginia Mpaso (Midlands) and several others who accused Mahiya of plotting to replace them with G40 sympathisers as part of a plot to elbow out Mnangagwa.

They also accused Shiri of being used by G40 kingpins to suppress vocal war veterans.

Parirenyatwa, whose executive was dissolved in absentia and replaced by an interim committee led by Richard Chirongwe and Luke Mushoore, both linked to the G40 faction, said he now feared for his life.

“I am under attack for being a bad influence to other chairpersons,” he curtly said.

Contacted for comment, Mahiya dismissed the allegations levelled against him by the provincial chairpersons.

“They need to understand that the league does not report to the war veterans association, but to the party. When we held our launch on Saturday, the chairperson of the province Kazembe Kazembe was there, principal politburo director Munyaradzi Machacha was there, resident minister (Monica Mavhunga) was there, members of the central committee were there and these are the people who report to the party, not to our association,” Mahiya said.