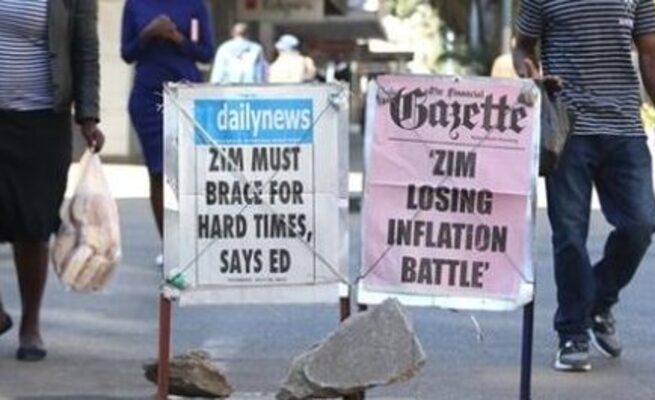 He said Mnangagwa’s departure from power will usher Zimbabwe on to a growth path. His remarks come when the country is grappling with the economic and humanitarian crisis characterised by shortages of fuel, food, medicines and the soaring inflation as well as high unemployment rates.

This Sunday, Biti proposed the establishment of a transitional authority that would lead the country until the next election with the mandate of pulling the country out of its economic doldrums and addressing the political crisis that is manifest in the deterioration of the democratic space in the country.

“Today the parallel market rate has traded between 80 & 85. In mid-May 2020 it was 40. An increase of 100% in 3 weeks reflects the black market implosion. The restrictive measures by the Central Bank are corroding the ZWL$ & therefore self-defeating. They have run out of ideas.

“Meanwhile, as the economy tanks, Mnangagwa has turned his energy to our Movement, journalists & lawyers. The attack on lawyers & journalists is crude & unprecedented. But no amount of attacks can hide the fact that Emmerson is illegitimate & a failure. You can’t rig the people’s will

“We restate once more that the only way to save Zim is the immediate peaceful & constitutional departure of Emmerson. That departure will give Zim a chance to rebuild. Departure should allow convergence on the way foward. An opportunity for a new disruptive consensus. A new beginning.”