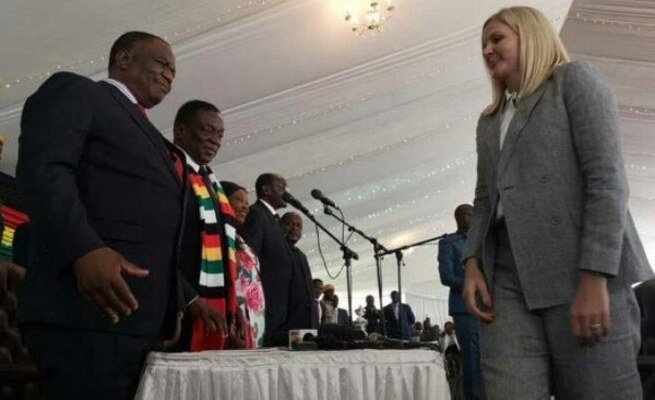 The 232-hectare farm is situated in Zvimba district in Mashonaland West province.

The Sports Minister Coventry and Lands Minister Perrance Shiri are cited as 1st and 2nd Respondents.

“We have been instructed to file an urgent chamber application on behalf of our client,” Machekano Law Practice.

“Our client is currently recovering from brain surgery in Zambia, he has signed the founding affidavit same which notarized and emailed to us to enable us to file the instructed urgent chamber application.

“We kindly request your indulgence to file the urgent chamber application using the scanned version of the founding affidavit and submit the original at the hearing.

“Due to lockdown restrictions, DHL International (Zambia) Ltd has indicated that the original notarized document will be delivered on the 12th of June 2020.

“We have attached the shipment receipt for reference and your information.”

Late last year, Lands Minister Perrance Shiri ordered Zhuwao to vacate the farm arguing that the latter was in breach of term and conditions of his offer letter.

Zhuwao was allocated the farm in 2004 under the government’s controversial land reform and claims he has been using it productively.

“On the 9th of December 2004, I was offered subdivision 1 of Cockington in Zvimba District, in the province of Mashonaland West which is approximately 232.81 hectares in extend,” Zhuwao said in court application filed in January contesting the eviction.

“The offer was made in terms of the Agricultural Land Resettlement Act Chapter 20:01. I accepted the offer and a clear contractual agreement between the Ministry of Lands Agriculture, Water, Climate and Rural Settlement and myself.”

Zhuwao said he was shocked to receive another letter on October 16 notifying him of the immediate termination of his contract and argues that reasons for cancellation of the offer letter were fabricated.

He also submitted that only President Mnangagwa had the powers to revoke offer letters hence the need for the court to deal with the matter.