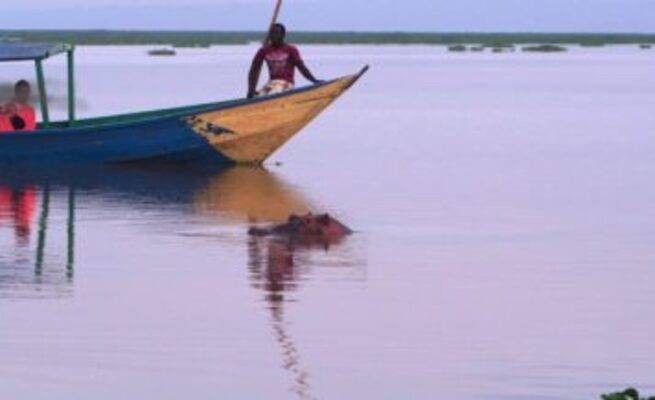 IN a tragic incident, a man from Kwekwe was Saturday killed by a hippopotamus at Dutchman’s Pool in Kwekwe.

Ndumiso Nyamazana, according to police, suffered the misfortune while fishing with a friend, one Emmanuel Moyo.

Midlands Police Provincial spokesperson Joel Goko said Nyamazana was killed by the hippopotamus while he was trying to cast nets with his friend while on a canoe.

“We can confirm the death of Ndumiso Nyamazana who was fishing with a friend Emmanuel Moyo at Dutchman pools,” Goko said.

He added that the hippo first attacked the canoe.

Nyamazana’s body was retrieved by the ZRP sub aqua unit in the early hours of Monday.

Moyo was lucky to escape death after he swam to safety, although with minor injuries.

He was taken to Kwekwe General Hospital for treatment.