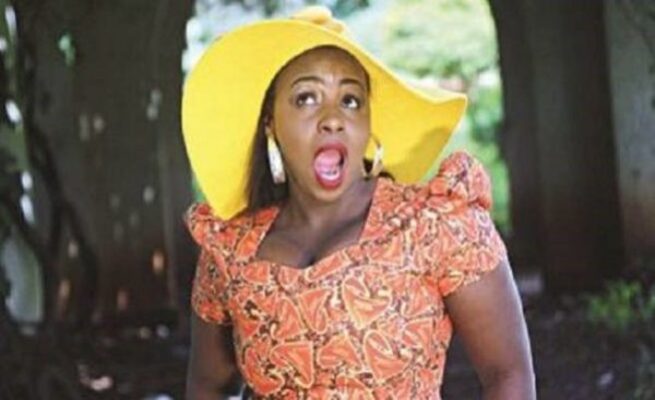 “The best life skill I got was from Cont Mhlanga who gave me a book on how to monetise my craft.”

From selling chomolia and getting laughed at, musician Sandra “Sandy” Ndebele said she realised at the beginning of her career, that she should use her fame to open big doors.

Sandy who shot into fame in the 2000s after releasing her debut singles Mama and Malaika as an offshoot of Iyasa, has been through it all in the music industry.

She attributes her sustenance in the industry to the words of wisdom she received from veteran arts guru, Cont Mhlanga who gave her a book and insisted strongly for her to read it.

“There’s this book that Cont Mhlanga gave me around 2005/6 titled Guerrilla Ways of Marketing Music. It just basically said if your music can’t pay you, definitely hard work off it will.

“Also, it taught me how to monetise one’s brand. Umdala Cont forced me to read it as I didn’t want to read it,” said Sandy.

She eventually read it and between 2007 and 2008 when Zimbabwe went through a harsh economic turmoil, she started putting to action, what she had learnt from the book.

As an artiste, she bore the brunt of the economic turmoil, but it was eased when she started her first project of buying and selling vegetables.

“My first project was selling chomolia. I used to buy it from ladies who would travel from Matopos to sell at the market in Bulawayo then I’d package it nicely and resell it to supermarkets and shops,” said Sandy.

Instead of getting support from fellow artistes or her fans, Sandy said was ridiculed.

“Sandy apera shem,” people would echo saying her fame had reduced her to a vendor.

“When I started, my peers laughed at me behind my back and others in my face. They would say Sandy apera. Upon seeing me selling chomolia, beads or even muffins at schools, they’d laugh.

“But they didn’t know where I lived, what I ate or how I slept and why I was doing this,” she said.

The “what will people say” syndrome and being mocked for trying something else besides arts is what Sandy attributes as the reason for some of her peers not pursuing side businesses.

With notes from the book, Sandy revealed that she has used her fame to open doors.

“It was easy gaining access to schools and other places because people would want to listen to you. Some wanted to have a taste of Sandy’s muffins or my chomolia.

“I didn’t stop there and now I’m selling chickens full time. I also sell handbags and I have a Longrich Shop situated at Joina City in Harare.”

Besides using her fame for her various businesses, she said she has also used her contacts to further her career. This is the reason why she could rebrand herself and land a collaboration with South African kwaito king Professor on the hit song Lizwile in 2017.

“Professor was coming to Zimbabwe for Umcimbi Wabantu, a show that was hosted by Skyz Metro FM at White City Stadium in Bulawayo. We had been in contact for some time and I had asked him to help me with my music.

“We hadn’t agreed on everything, but Umcimbi Wabantu sealed everything for me. After the show, he stayed for two days and we did the song. In December of the same year, we shot the music video and released it thereafter,” said Sandy.

Watching the music video, it was clear Sandy was now in a league of her own. She said this was part of her rebranding process to stay relevant in the music industry.

“The song brought me back into the game and showed people that I’m still relevant. Some musicians’ careers ended during their eras, but that’s not what I wanted for myself.

“They failed to transform from yesteryear to what’s happening and selling today. So, I feel the song sealed my transformation, repositioned me in the industry.”

During this time, she released songs like Ingoma featuring Mzoe 7, Tshibilika featuring Leeknotic and Bayeke. She also collaborated with Jah Prayzah on a song titled Love yemushona leNdebele in 2015. It was the same time she held an outlandish album launch for her seventh album Izenzo at the Large City Hall, which was one of the biggest in the city.

This year, she delved into Amapiano and released a track titled Impilo with SA’s Vukani. This collaboration, Sandy said, came about after DJ Sbu had watched her song with Professor on YouTube.

“The guys had seen the music video of the song I did with Professor and they looked for me. They phoned ZBC and eventually they got in touch with me. Again, hard work always pays off and you should use your brand as leverage,” she said.

Interesting, Sandy said she has never paid for a single collaboration as all of them have been as a result of her hard work and connections in the industry.

“I’ve never paid for any collaboration. I work very hard in my career. Even though we don’t have that much money, we work hard. I get them (collaborations) through the connections from the network of people I know in the arts and business,” she said.

Sandy who is famed for performing in traditional garb, said her brand as Sandra Ndebele will not lose its roots as it will always have a traditional element to it.

“I will never lose my traditional garb. What I’m doing is modernising it, that’s why sometimes, people see me wearing my beads with high heels. That’s who I am, I can’t throw it away or do anything about it as that’s the trademark and brand,” said Sandy.