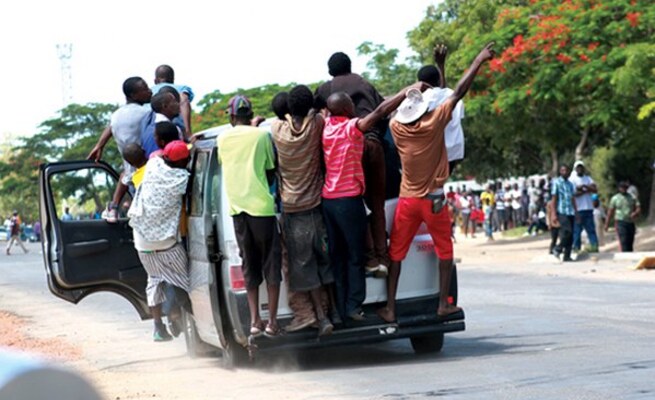 THE Government has reiterated that private transport operators are still barred from taking to the road except those registered under Zupco.

On Friday President Mnangagwa addressed the nation on the national lockdown which is on Level Two and announced that the informal sector can resume operating after formalising their operations. The development however, does not include private transport operators.

Permanent Secretary in the Ministry of Information, Publicity and Broadcasting Services Mr Nick Mangwana told Sunday News that transport operators including mushikashika taxis who have not been operating following the introduction of the nationwide lockdown were still barred.

“The only kombis that are allowed to operate are those under the Zupco franchise. We are still under lockdown Level Two and the SME’s referred are not in the transport sector,” he said.

Mr Mangwana said the window was still open for those that wish to resume operations but under Zupco. He said those that were interested should register at Zupco depots countrywide.

Nonetheless, Tshova-Mubaiwa Transport Co-operative Limited chairman Mr Atlas Moyo said they were not ready to be assimilated under the Zupco franchise. The co-operative has hundreds of kombis operating in Bulawayo.

“Those that wish to join Zupco can do so but we are not going in that direction. We are a company, not an association so that move is difficult for us. We have built a garage as a company where we are securing our own fuel for our fleet, so we cannot leave all that and go and be under the Zupco franchise,” he said.

Mr Moyo said their company has already secured the requisite Personal Protective Equipment (PEE) for its workers together with sanitisers and disinfectants awaiting a time when the Government gives them the green light to resume operations.

“We were also surprised to hear that other sectors have been given the green light to return to work and not us. Who will ferry those extra people to their various destinations as there is high demand for transport now?” he said.

President Mnangagwa said in his address that informal traders need to formally register their business and follow the set requirements of having PPE and sanitisers among others, in order for them to go back to work.

“All our people in the informal sector, who have not formally registered themselves or their enterprises, are directed to do so. Once they can prove that such registration has been made, they can resume their operations. Upon resuming their work, they are compelled to adhere to the laid down Covid-19 prevention requirements, such as the wearing of masks, washing or sanitisation of hands and social distancing,” he said.