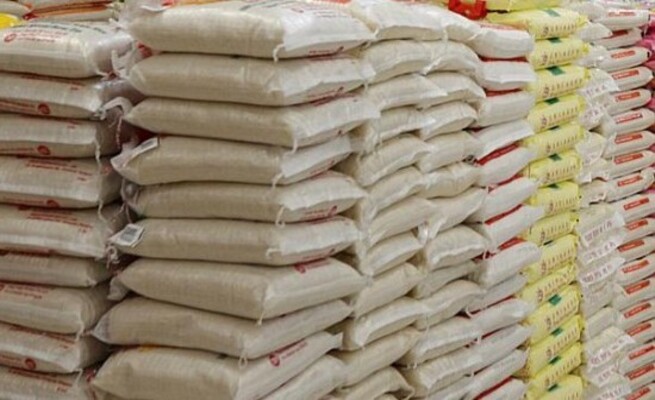 MDC Alliance legislator for Mutasa Central, Trevor Saruwaka has accused some government officials of being ‘captured’ after they tried to block him from accessing 15 tonnes of rice on behalf of vulnerable communities in his constituency.

The staple was allocated to his constituency by the Social Welfare Ministry for distribution to vulnerable households during the lockdown period.

Posting on his Facebook page, the outspoken legislator said it took the intervention of State Minister Ellen Gwaradzimba for the release of the rice from Grain Marketing Board (GMB) deport for distribution.

“An objective person no matter his or her political affiliation deserves credit when she or he makes sober decisions.

“Kudos to Dr Gwaradzimba for her motherly and sober approach to the matter. I wish her well,” said Saruwaka.

The legislator said the minister showed both maturity and professionalism after she refused to buy the political theatrics by Mutasa based government officials.

“She sincerely sought to find a solution to an unnecessary crisis. I salute her for that.

“I hope she does so every time she is faced with a choice between serving narrow partisan and broad national interest. In this case, she chose to be nationalistic,” he said.

Saruwaka said he received a call from Gwaradzimba after officials from the Social Welfare ministry and GMB tried to frustrate him.

“I received a call from Dr Gwaradzimba. She asked me to explain the situation. She was very patient as I narrated my ordeal at the hands of Mutasa GMB and Social Welfare crew despite instructions from their provincial bosses to release the rice.

“She told me that she had received reports from unnamed sources that there were people wearing political regalia and making political statements and I was politicising the food, giving people belonging to MDC Alliance party only.

“Nothing could be further from truth. I told her I don’t believe any leader worth his or her salt should ever use food and hunger as a political tool. We concurred,” said Saruwaka.

The opposition legislator said the minister assured him she was going to give some feedback to GMB Regional Director, one Makuvara so she could instruct his deport manager to release the rice.

Saruwaka said all elected MPs from rural and some urban areas were allocated 15 metric tonnes of rice through the ministry for distribution in their constituencies.

The rice was at GMB Aspindale in Harare.

MPs had to organise their own transport to their constituencies.

“I teamed up with my uncle, Hon David Tekeshe and we hired a 30-tonne truck for our allocations. The rice was delivered to Rusape and Mutasa deports early March and I advised the District Social Welfare officer, Phebion Nyangani of the consignment.

“I had hoped to have distributed my allocation during the April recess, but the Covid-19 scuttled everything with lockdown provisions making it difficult to gather people,” said Saruwaka.

He said during the lockdown period, people were visiting his house complaining of hunger and he decided to visit GMB for a courtesy call and checking on whether the rice was still secure.

“A fortnight ago, I visited our GMB deport for a courtesy call on the manager Mr Machekera, also using the opportunity to check whether my rice was still safe. Everything was in order,” said the legislator.

He said after President Emmerson Mnangagwa announced an indefinite extension of the lockdown, he made a decision to distribute the rice after pressure was exerted on him by hungry villagers.

“I made a decision to distribute the rice after villagers pleaded with me. I could not hold on to the rice anymore; though it was little, it is was better than nothing.

“I sent a messages to District Development Coordinator Tendai Kapenzi and District Social Welfare Officer Phebion Nyangani and Mutasa GMB manager one Machekera informing them of my intention to start rice distribution early on Tuesday 27.

“Early on Tuesday, Machekerera had sent me a message advising me that he was away but wanted to know whether I had regularised all the paper with District Social Welfare department,” he said.

However, Saruwaka said there was no need to regularise because the letter of allocation from Ministry`s permanent secretary was clear as to who the rice was allocated to.

“It didn’t need a lower officer at the district level to authorize it,” he said.

He said since then, he was directed from one office to another with an intention to frustrate him.

“I learnt that captured civil servants are an evil to citizens and perseverance and steadfastness by the by people will never be in vain.

“Mutasa District Government, social welfare, GMB, and those who played a part in trying to deny me my allocation of 15 ton rice for the people of Mutasa Central. Shame on you,” said Saruwaka.