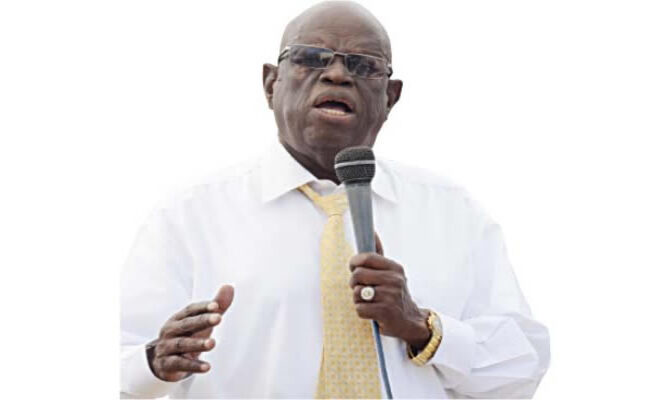 FORMER War Veterans minister Tshinga Dube has accused presidential spokesperson George Charamba of “living in the past” and exhibiting a condescending attitude after the former suggested a government of national unity (GNU) to solve the country’s multi-faceted crises.

Speaking at the burial of the late retired army officer Sipho Masuku at the Provincial Heroes Acre in Bulawayo on Saturday, Dube said the new dispensation should be characterised by freedom of expression, adding that without this basic fundamental there would be no new dispensation to talk about.

Charamba was quoted in the media last week railing against any talk of a GNU as suggested by Dube, adding that opinions by the former Makokoba legislator as a senior party official “will always be taken seriously, except in this particular case (GNU)”.

Charamba accused Dube of parroting the “enemy’s thinking” as he shot down any talk of Zimbabwe’s political leaders entering into a GNU as the answer to the political and socio-economic ills facing the country.

“Some people don’t think we reason, we all reason. If you speak your mind, they believe that someone has told you to say so. It’s not true. Why don’t you come to me at 12 midnight and talk to me, and hear my views. My views are my views,” Dube said.

“It is also an insinuation of insulting because it is implying that if you are a Zanu PF leader you have to think the same like everybody who is Zanu PF which is not right. It is like thinking that we (in Zanu PF) are like a locomotive engine which runs on a rail and when it goes out of that rail that whole thing collapses.”

“I don’t consult with anybody before I talk. It’s completely wrong for people sometimes to say that whatever you say, you have been sent by somebody. It’s not right because first of all we all have brains. You may undermine my capacity of thinking but it’s only me who knows how much I can think,” Dube added.

Dube said no one had a right to judge his opinions on the need for a GNU as he was simply exercising his freedom of speech which he said was a fundamental right.

Charamba said the government could not entertain any GNU talk, arguing that circumstances did not allow for that, adding it did not make any sense with 2023 elections in sight.

“So, it is very clear that other people don’t understand the new dispensation. So there is no one who has a right of judging someone’s opinion. An opinion is free for all, but for people to refuse others to express their opinions; then it’s the most suppressive thing. It’s a really bad practice,” the former minister who once told late ex-President Robert Mugabe it was time to leave his job noted.

“We are in a situation whereby many people still don’t understand the new dispensation. New dispensation means freedom, if we fail to accept that then there is no new dispensation anywhere. People are still living in the past. Censorship is a part of oppression, why do you censor.”

The former Makokoba legislator said comments by hardliners in government and Zanu PF on the need for a GNU betrayed governments’ unwillingness for such a governance system.

Zimbabwe enjoyed relative political and economic stability during the 2009 to 2013 GNU bringing together the late former President Robert Mugabe’s Zanu PF and the opposition MDCs led by Arthur Mutambara and the late founding leader Morgan Tsvangirai.

“My only worry was that he (Charamba) concentrated on only one word GNU. Now I am quite clear that this is a very sensitive issue; that of GNU. It is something that we must never talk about. I understand because, as a senior party official if someone is senior to you, I will never touch that in my speech because it is sensitive,” Dube added.

Calls for a GNU or a national transitional authority have been growing as the country groans under the weight of the socio-economic crises. Government last week betrayed its fears over the dire situation as it oddly denied an imminent coup to topple President Emmerson Mnangagwa who rose to power with the assistance of the military in November 2017.