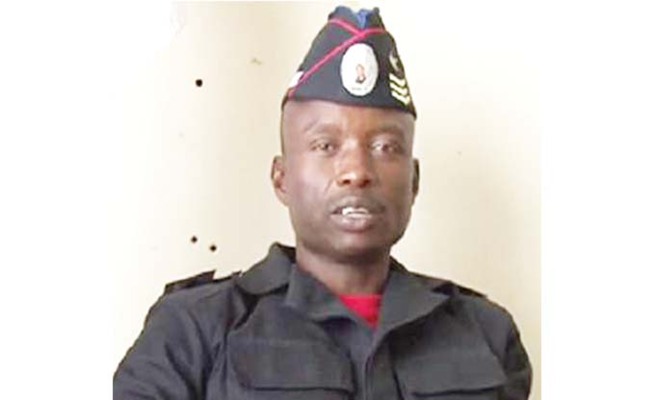 THE leader of the MDC Alliance vigilante group, the Vanguard, Mr Shakespeare Mukoyi has left the Nelson Chamisa-led faction and aligned himself with Dr Thokozani Khupe’s MDC-T.

Before the latest development, he was the deputy youth leader in Mr Chamisa’s faction and a leader of the Vanguard that was accused of political violence.

Mr Mukoyi, who rose to prominence in the party as a foot soldier when it was being led by the late Morgan Tsvangirai was a one-time Chamisa loyalist, campaigning for him since 2003 in Kuwadzana constituency after the death of the then party’s spokesperson Learnmore Jongwe who was the constituency’s MP.

Sources said Mr Mukoyi felt betrayed ahead of the 2018 general elections when he was promised that he would run for MP in Kuwadzana where he grew up as Mr Chamisa was eyeing the presidency, only to be arm-twisted to leave the seat for Mr Charlton Hwende, now the party’s secretary general whom many party members in the suburb considered an outsider.

Yesterday, Mr Mukoyi said he had a “big” announcement to make today regarding his political life.

“Unfortunately, right now I am not in a position to comment anything with regards to that matter. So far, I have not commented on this to any media house because I am preparing a presser. Talking to you before the presser will be like pre-empting what the youth assembly wants to divulge to the nation so something is happening but I will divulge more details at the presser. We expect it to be tomorrow if all arrangements go well,” said Mr Mukoyi.

Mr Hwende said Mr Mukoyi had not made a formal announcement but had been spotted making public appearances with Dr Khupe.

“The MDC is a democratic movement. People leave and people join the party on a daily basis. People are always free to go out and seek political fortunes elsewhere. However, those who want to continue fighting for a free and democratic Zimbabwe are with Advocate Chamisa. We also understand that a few of our former colleagues have elected to join the Zanu PF and they are associating with Thokozani Khupe and Douglas Mwonzora, so we wish him well in his political endeavours,” said Mr Hwende.

He said following the departure of a number of party leaders, the party had embarked on an online recruitment campaign which saw their online platform “crashing due to oversubscription.”