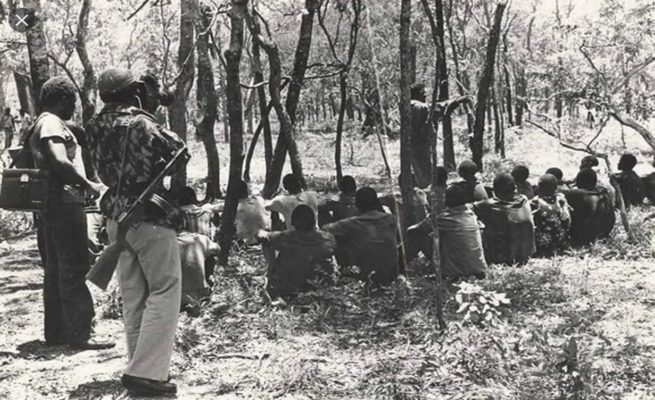 Cde Nleya whose guerilla name was Elish Gagisa died on Tuesday at the United Bulawayo Hospitals (UBH) due to cardiac complications.

Family spokesperson and younger brother Mr Tshaha Nleya said the family was devastated by his death.

“He has left a big gap in the family. He was the head of our family, we called him ukhulu because he was our eldest brother. As family, we don’t know how we are going to handle his burial considering that his wife, children and other relatives are outside the country. We don’t know how we will give him a befitting send-off without some of his closest relatives,” said Mr Nleya.

He said Cde Nleya sacrificed a lot for the liberation of the country.

Mr Nleya said he hopes his brother will be declared a national hero given his liberation war credentials.

He said the family was waiting for communication from authorities before making burial arrangements.

Cde Nleya was an instructor during the liberation war, training some of the finest soldiers to emerge from the country.

Retired Brigadier-General Abel Mazinyane expressed sadness at the death of Cde Nleya, describing him as one of the truly committed Zipra cadres.

“He was a very strong soldier, he was a Zipra stalwart someone you could rely and depend on. We worked together during the most difficult period of Zipra when there was infighting in Zapu with some nationalists like (late James) Chikerema breaking away from the party. But he managed to reorganise the camp producing some of the finest soldiers this country has ever had,” said Rtd Brig-Gen Mazinyane.

Retired Lieutenant Colonel Nicklord Ncube, who was trained by Cde Nleya said it was sad to lose the commander.

He said Cde Nleya inspired many young men to be brave and fight the colonial regime.

“We are sad to lose our commander, he was in the Zipra High Command. He is one of the youths who left the country in 1968 to join the war of liberation.

He inspired many of us in our village in Masendu, Bulilima to join the liberation struggle. When we finished our various levels of education, we had to go to Zambia because of him,” he said.

Cde Ncube said the late Ce Nleya was the chairman of the Board of Trustees for Zipra veterans Trust,

Cde Nleya joined the liberation struggle in 1968 and was trained in Tanzania together with Rtd Brig-Gen Mazinyane.

He got his military training in Morogoro, Tanzania in 1969, but could not proceed to Zambia for deployment due to an internal strike at Zapu.

Cde Nleya was appointed an instructor at the training camp, after he emerged as one of the five outstanding recruits from a group of 100.

As an instructor he trained some of the eminent soldiers including Zimbabwe Defence Forces Commander General Phillip Valerio Sibanda.

In 1974 he was deployed to Palestine together with Gen Sibanda for further training.

Rtd Brig-Gen Mazinyane says the training he received in Palestine was adopted in the training of some guerrillas who joined the struggle at a later stage.

At independence he led the demobilisation process before being integrated to the Zimbabwe National Army where he served as one of the senior commanders.

News Muza Mpofu - 21 November 2020 0
…Coup-proofing strategy at the core of his survival PRESIDENT Emmerson Mnangagwa has made forced cross-cutting changes to his Presidential Guard (PG) Brigade several months after...

News Muza Mpofu - 21 November 2020 0
Botswana Police have reportedly killed about 22 Zimbabweans over alleged poaching. Studio7 reports that the number is an estimate, it could be higher or lower. Meanwhile...