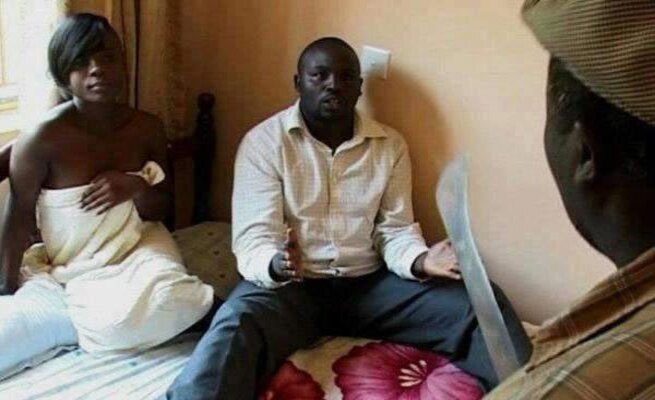 UNLIKE catching a cheating man, nabbing an unfaithful woman is not easy.

This is because like a clumsy bear, men always leave behind trails of their infidelity, like scented perfume and lipstick on their shirts, lodge receipts in pockets and raunchy text messages in their phones.

A Plumtree man’s world fell apart when he busted his wife in a steamy embrace with a man she had been bringing home after she initially introduced him as her church elder.

Njabulo Mpala from Dingumuzi suburb who reportedly vowed never to “trust a woman again” flew into a rage after he caught his now ex-wife Semkelwe Ncube flirting with her lover only identified as Tshuma in their matrimonial bedroom.

Mpala, an informal trader, reportedly caught Ncube cheating after he received a tip-off from a neighbour that Tshuma who was always visiting Ncube mostly in his absence, had sneaked into his house.

It is reported that when he quickly returned home, after that tip-off, Mpala was in for a shock when he found Ncube on their matrimonial bed while being cuddled in the arms of her “church elder”.

Out of fury, Mpala reportedly meted instant justice on Ncube. In the midst of the chaos, Tshuma reportedly made good his escape.

A witness who spoke on condition of anonymity told B-Metro that Ncube who felt guilty after being busted while cheating on her husband deserted their matrimonial home.

The witness said Mpala was heartbroken after he discovered that the mother of his two children had fooled him when she introduced her lover to him as her church elder.

“It was disheartening that the lover was someone who was known to Mpala and was always coming to their house after Semkelwe introduced him to her husband as her church elder,” said the witness.

When reached for comment an inconsolable Mpala could neither confirm nor deny the incident. Instead, he avoided the questions by saying:

“Of course I feel bad, but I can’t change what’s gone on”.

Ncube, however, defended her shenanigans saying it was revenge on her husband who had also been cheating on her.

“It was revenge on my husband after I discovered he had been all along fooling around with another woman,” she said.