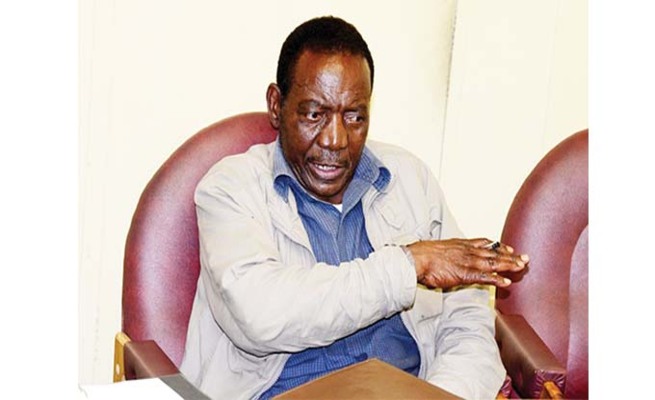 PRESIDENT Mnangagwa has conferred a national hero status to Cde Stanley Nleya who died on Tuesday in Bulawayo.

Cde Nleya was one of the Zimbabwe People’s Revolutionary Army (Zipra) commanders during the liberation struggle.

His pseudo name was Elish Gagisa.

Cde Nleya succumbed to heart disease at the United Bulawayo Hospitals (UBH) where he had been admitted.

Zanu-PF Secretary for Administration Dr Obert Mpofu yesterday said President Mnangagwa declared Cde Nleya a national hero due to his immense contribution to the liberation of the country.

He said there was no objection among Politburo members to the proposal to declare Cde Nleya a national hero.

Dr Mpofu confirmed the hero status to the Nleya family at their home in New Luveve suburb where mourners are gathered.

“His Excellency, the President and the First Secretary of Zanu-PF Cde ED Mnangagwa has conferred the national hero status to the late Stanley Nleya who died on 16 June 2020. His remains will be interred at the Heroes Acre at a date to be advised,” said Dr Mpofu.

He said the declaration of the national hero status means all expenses relating to his burial will be met by the State.

Dr Mpofu said Government will closely work with the family in coming up with burial arrangements.

He described Cde Nleya as a selfless and true soldier who wanted nothing for himself but was focused on an independent Zimbabwe.

Dr Mpofu said when news started trickling that Gagisa had died, he received a phone call from Vice-President Dr Constantino Chiwenga who wanted to establish whether the information was true.

“Vice-President Chiwenga is a soldier and knows the man Cde Nleya was. It’s not shocking that he called to inquire about him. Remember he trained a lot of people during the liberation war. Some of the soldiers he trained became some of the finest commanders that the country has ever had in independent Zimbabwe. We have the Commander ZDF, he passed through his hands. He trained people who have dedicated their lives towards protecting the territorial integrity of the country. That alone is proof enough that he is a true hero, a hero of heroes,” said Dr Mpofu.

He expressed concerns that there is little documentation of biographies of some of the freedom fighters that significantly contributed to the liberation of the country.

Dr Mpofu said failure to document the biographies delays national hero declaration as has been the case with Cde Nleya.

“As a matter of urgency, we want the Ministry of Defence and War Veterans and the department of war veterans in the party to compile a database for all freedom fighters so that we can have their biographies. We know them but we need their biographies documented. Failure to document is the reason why we are having biographies that do not reflect the true stature of some of the cadres, yet they would have done more for the country,” said Dr Mpofu.

She said Cde Nleya was a national hero of unquestionable credentials and it is not surprising that he has been accorded the highest honour.

Minister Ncube said it was saddening that Cde Nleya died at a time when Government was working on a programme to visit some of the freedom fighters to assess how they are coping with hardships facing the country.

She said Government had assisted Cde Nleya by taking him to hospital but it is unfortunate that he did not make it.

He said his leadership qualities saw him rising to the ZIPRA High Command as a deputy chief instructor during the liberation war.

Rtd Col Dube who was also in ZIPRA High Command said he was worried as most of the commanders are dying.

“These days I’m even afraid to look at the pictures of those who were in the High Command. Not so many people made it to the High Command but the few who were part of it are dying. We are losing our members maybe from the initial 12 members, only five of us are left,” he said.

He said while he was not directly trained by Cde Nleya, the commanders he worked under were trained by the national hero.

“We feel comforted that Government has honoured his wish. He wanted to be declared a national hero and be buried at the national shrine like his fellow Cdes. We are humbled after Cde Mpofu delivered the hero status message to us,” said his brother.

Cde Nleya was born on 26 September in 1947 in Masendu area in Bulilima District of Matabeleland South.

He did his primary education in the same district before proceeding to Hope Fountain Mission for his secondary education.

He also attended Inyathi Mission in Bubi District before abandoning school to join the liberation war in 1968.

Cde Nleya had his first military training at Morogoro in Tanzania where he was later elevated to the position of an instructor.

He remained at Morogoro following the Zapu split when the late James Chikerema left to join Froliz.

At independence he led the demobilisation process before being integrated into the Zimbabwe National Army where he served as one of the senior commanders before being fired in early 1980s.

Cde Nleya, in an interview with Sunday News Let we Forget published in 2016, narrated how the fall out affected the military training derailing the liberation war.

“Then on your question on the numbers, before the disturbances there were more than 1 000 trained cadres and I can tell you we lost about 900 because when we checked later on, we found that those who remained in the struggle we were just about 100.

“So, it was like starting afresh and indeed we started afresh. I can tell you when we started re-organising the party and the military side of things, we started off with only 10 recruits,” said Cde Nleya.