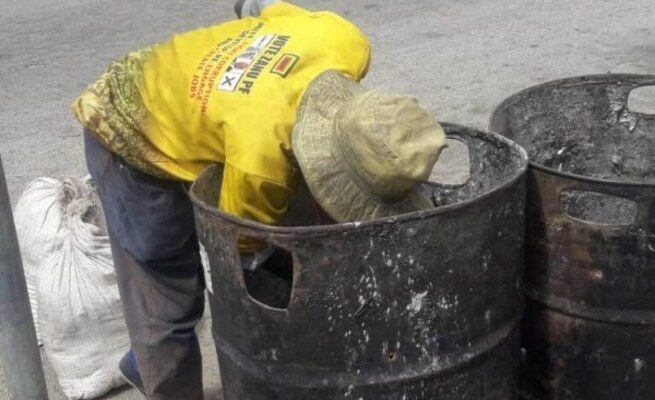 Hungry Buhera villagers are emptying their cattle pens as they are being forced to exchange their cattle for grain.

This was said by several Zanu PF councillors who spoke to The Mirror in interviews.

Villagers keep cattle for drought power, milk and to sell so that they get school fees for the children and hardly do they dispose off their herds to buy food.

Cattle are also a crucial status symbol for villagers and a form of a bank but where drawings are not made to buy food.

The food crisis has been worsened by the fact that World Vision has come to the end of its lean season food relief assistance which closes at the end of harvests in April. However, there are no harvests to talk about in Buhera this year because of a crippling drought that affected the 2019/20 crop.

Ward 30 Councillor Calphas Muchabaya said villagers have resorted to barter trade. They give their cattle to villagers from Chipinge in exchange for grain as rainfall levels are better in the eastern border district.

“People are starving. Rainfall was poor and villagers are surviving on barter trade; exchanging cattle for grain with people from Chipinge,” said Muchabaya.

The closure of the lean season assistance leaves 69 000 beneficiaries supported by World Vision without food.

There is another 28 600 vulnerable who get food assistance from Government through the Department of Social Welfare who are also in a precarious position.

World Vision Communications Team Leader Shamiso Matambanadzo said that her organisation is working towards raising funds from donors to alleviate the growing problem. She however, said that raising funds is made difficult by the Covid19 pandemic which has brought the World to a standstill.

“We work with funding that come from outside and with the Covid19 situation funding has dropped because most of our donors are currently not working. We however, keep on working, we keep on pushing,” said Matambanadzo.

She said that World Vision had also extended the lean period by two months from April to July 2020 so that normal support can continue.

Ward 16 Councillor Timothy Matsenhura said that although the most vulnerable families are receiving food assistance from Government, the number of vulnerable families is increasing due to poor harvests and people flocking from urban areas to rural areas fleeing Covid-19.

“Ward 16 villagers last received food assistance from World Vision in April, some vulnerable families are still getting the 1 495 bags from social welfare but almost everyone is now vulnerable following poor harvests in the district.

“The number of vulnerable villagers is increasing as people are fleeing Covid-19 from urban to rural areas,” said Matsenhura.

Social Welfare is expected to review upwards the number of its beneficiaries after the 2020 Zimbabwe Vulnerability Assessment Committee (ZIMVAC) report which is normally done every May.