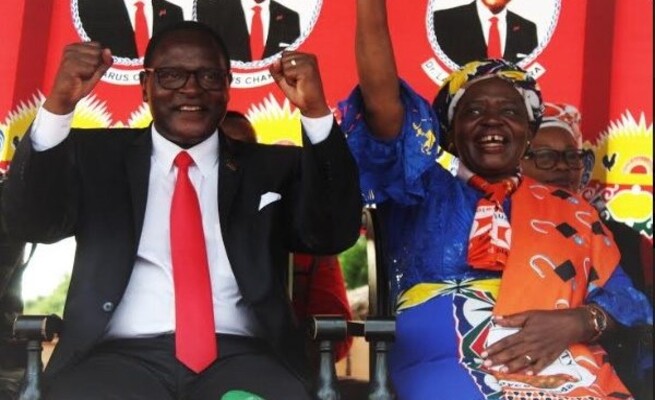 Writing on his Facebook wall, Mponda acknowledges the gallant fight Chakwera and his running mate Saulos Chilima staged against his boss, Mutharika.

“I also take a moment to congratulate Dr. Lazarus Chakwera, Dr. Saulos Chilima and the entire Tonse Alliance for the victory. You fought well and it has paid off,” he writes.

However, Mponda thanked Mutharika for the ‘great opportunity to serve in his administration’.

He humbly admits that he went in as a mere journalist, but is going out as an administrator, a fully grown up man, matured and responsible.

“In President Mutharika, I have learnt to appreciate the magic of working, growing and developing in silence. I will forever be grateful to APM for everything I have become today.

“Lastly, to the DPP. This fall gives you another opportunity to work on your shortfalls. It has taken an alliance of 10 political parties to defeat you and that’s evident enough that you are a very strong party. You have fallen and risen before. You can rise again from this fall. Omwa tiyi adzamwanso. To Malawians, let’s move on. There is time for politics and there is time for development. Let’s move on,” Mponda advises.

Malawi Electoral Commission chairperson Chifundo Kachale told reporters Thursday at the National Tally Center in Blantyre that only his body has the mandate to release official result which will be within eight days as required by law.

So far, ruling party leaders have been complaining that Tuesday’s vote was marred with violence as their agents were beaten, abducted and denied access in some polling centers.