THE Zimbabwean man suspected to have murdered an 18-year-old American woman in the United States, was a social worker who was once assigned to assist the victim and allegedly killed her after she rejected his love proposal.

Dexter Mutongerwa (31) has been charged with the second degree murder of Angela Molden after Louisiana police found the latter’s stabbed body in the back seat of a vehicle that was being driven by the Zimbabwean just after midnight on Monday. 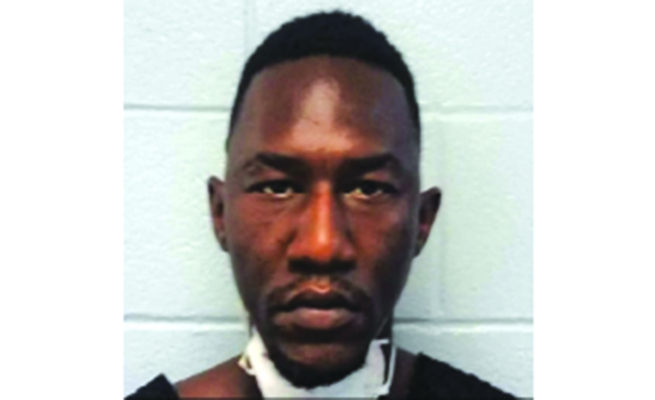 It has emerged that Mutongerwa worked for the Arizona Department of Child Services in 2019 and was a juvenile case worker for the rebellious teenager who had run away from her Loiusiana home back to Phoenix where she had lived for 10 years after Hurricane Katrina.

According to the victim’s mother Andrea Graham Porter and other relatives, Mutongerwa had been trying to get Molden home and once stayed with her in Arizona and even visited her once when she returned to the New Orleans area.

Authorities say it was during his most recent visit over the weekend that Mutongerwa fatally stabbed Molden inside a vehicle parked in front of her home.

Relatives said Mutongerwa wanted to be in a love relationship with Molden and was angered when she turned him down.

“I think he just couldn’t get what he wanted and he snapped. He wanted more of a relationship. She did not. He didn’t want to accept that,” said a family member.

Police discovered the teen’s body on the back seat of Mutongerwa’s sports utility vehicle (SUV) after he was involved in a single vehicle crash on westbound Interstate 10 in Kenner near the Williams Boulevard exit.

Reports say Molden had been viciously stabbed and slashed multiple times and suffered “aggressive, deep wounds” to her face, neck, torso and hands. She was taken to Ochner Kenner Medical Centre where she was pronounced dead.

While in custody, Mutongerwa is said to have confessed to the murder saying it happened in Meraux earlier in the night.