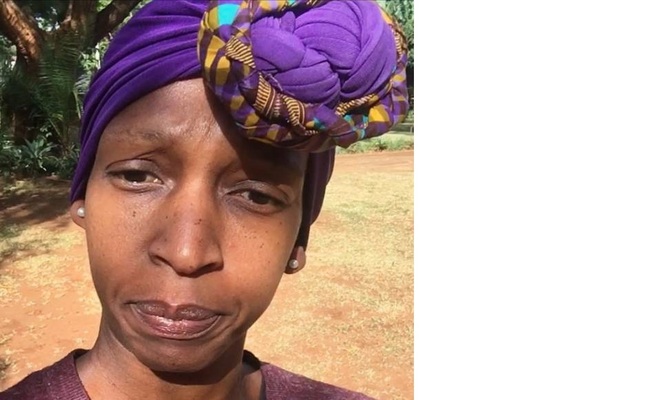 ACTRESS and radio personality Tinopona “Tin Tin” Katsande stands accused of ferrying her close friend’s corpse to her relatives without informing the police.

The incident occurred on Tuesday in Belvedere where Katsande allegedly hired a taxi to ferry the 45-year-old Rebecca Chinyerere’s body after she collapsed in a bathing room at the actress’ apartment. 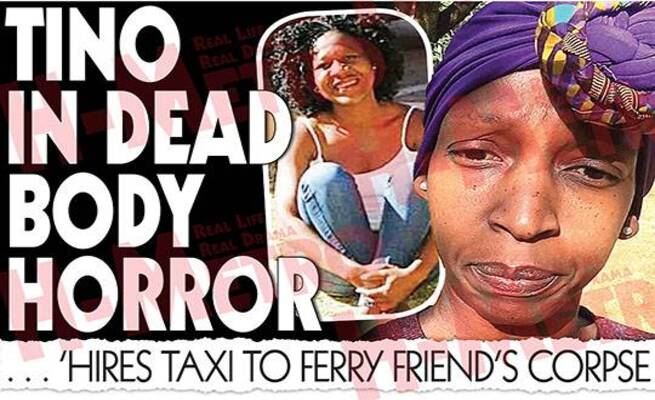 Tino could not be reached for comment since the day of the incident as her mobile phone was unreachable.

The case has been reported at Avondale Police Station under RRB number 4381451.

Rebecca will be buried tomorrow in Guruve.

Family spokesperson Ishmael Chinyerere, uncle to the deceased, expressed dismay over Katsande’s decision to hire a taxi without informing police and relatives.

“We know that death is there but the way Katsande failed to respect it left us with more questions than answers,” Ishmael told H-Metro.

It is alleged that Katsande came to the late Rebecca’s house on Monday to pick her up.

However brother to the late had ordered Rebecca not to leave the house since she was on medication.

It is further alleged that Rebecca insisted that she would return the following morning since she was going with her two sons.

On Tuesday evening, Tino is said to have brought home Rebecca’s body in a car with her two sons in the same car.

“After she saw that her (Tino) friend had collapsed while nak_ed, she went on to clothe her,” Ishmael further explained.

“If we had known the cause we would say okay.

“She came and picked up my daughter only for her to come later with her dead body.

“If she was a normal person, when she saw that her friend had collapsed she should have called the brother to inform him.

“From the night she came with the body, we thought that she was going to come just to show remorse but we haven’t seen her,” he said.

However, it is alleged that when Tino brought the body to Chinyerere’s house, the brother asked her to return later with explanations for the police.

“My son told me that when the friend came to the house that night he told her to return because we understand when one is dead a police report must be made,” said Chinyerere.

A source close to the family said there is suspected case of cocaine overdose.

The source said the late Rebecca was supposed to undergo to a rehabilitation centre over the issue.

“Rebecca was a drug addict but she had since stopped up until recently when she returned from Chakari where she was staying.

“When she came back here, Tino came to pick her up and she spent a week with her only to return not feeling well.

“From the hospital records, it is noted that she had used cocaine so she was set to start her rehab soon, that is when Tino came to pick her up again.

“Before she came, Rebecca had received about US$80 from a friend who is in Europe,” said the source.