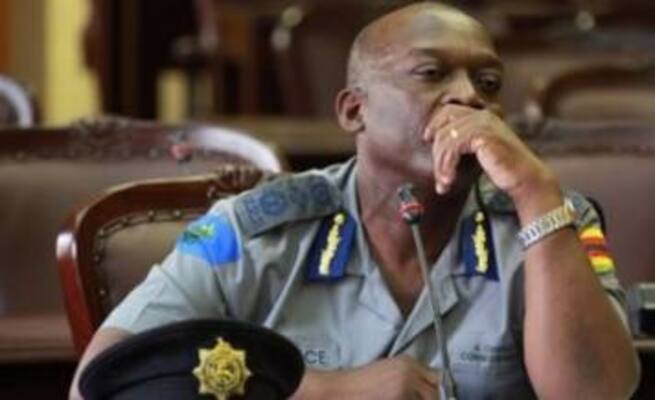 Former police boss Augustine Chihuri has accused President Emmerson Mnangagwa of hounding him to settle scores after they clashed over a woman.

Chihuri, who is on the verge of losing his sprawling business empire and properties to the state after allegations that he amassed the wealth through corrupt means, made the startling allegations in an affidavit filed at the High Court on Friday.

The ex-police commissioner-general wants the court to set aside the unexplained wealth order it issued against him on June 20.

Chihuri said he was being persecuted because of his strained relationship with Mnangagwa dating back to the liberation struggle where the president allegedly snatched his then pre_gnant wife.

Justice Felistas Chatukuta granted an application by prosecutor-general Kumbirai Hodzi for an order forcing Chihuri and his wife, Isobel Halima Khan, to explain how they acquired their properties as part of a process to seize them.

Chihuri is accused of pilfering US$32 million in public funds that he used to buy a large swathe of properties.

The long-serving ex-top cop, however, said the allegation was part of a victimisation crusade by Mnangagwa that intensified after the 2017 coup.

He narrated how Mnangagwa allegedly snatched his then wife before vowing to make his life “hell” as long as he lived.

Chihuri said his problems started when he got married the “Zanu way” in Chimoio in Mozambique before the then political commissar, Mayor Urimbo (late), around 1976 and the following year, his wife became pre_gnant.

“The current president of Zimbabwe, Mr Emmerson Dambudzo Mnangagwa, was aware of this union and pre_gnancy. Using his position, my then wife was transferred to Shai Shai in Mozambique where Mr Mnangagwa had a forced affair with her as she alleged,” he wrote in the affidavit.

“I tried to terminate the marriage, but the political commissar threatened me not to dare to do it, citing that Mr Mnangagwa [as he then was] is a dangerous man and would behead me as he was not hesitant to kill.”

Chihuri said Urimbo told him: “Do not gamble with your life, dear comrade.”

“From then my relationship with the president of Zimbabwe worsened. He went on to suggest that my then wife terminate the pre_gnancy,” he said.

“God was on my side, it was tried and it failed.

“The late Cde Serbia, who was working under Mr Mnangagwa in the security department, told me about the termination of the pre_gnancy and that Mr Mnangagwa vowed that as long as he lived, I shall pay for not giving up on my then wife to him.

“Cde Serbia warned me again to keep quiet or else I would perish and never see the light of day.”

Chihuri said the dispute between the two has since been turned into a “national spectacle for the purpose of victimisation.”

“One can clearly see how the public media in the country has been reporting about me and my family, wife and children that we have been targeted for annihilation,” he said.

Chihuri said the November 2017 coup saw the intensification of the onslaught by Mnangagwa after he refused to turn against the late president Robert Mugabe and join the coup plotters. He was forced to retire a month after the coup.

He alleged that in December 2017, his successor Godwin Matanga instructed a police constable to shoot him and burn his Greystone Park house.

“My family home was burnt beyond recognition,” he said.

“The fire was started in my home office burning all files, records, 15 Bibles, etc were destroyed.

“To make sure that the records and files were destroyed, he took a 20-litre diesel container and another container with oil.

“He sprayed both in the office, the main bedroom as the major target and so he did the rest of the house except the guest wing.

“Maukazuva [the constable] is facing serious criminal charges, two attempted murder charges and one of arson and malicious injury to property.”

Chihuri accuses Matanga of doing Mnangagwa’s bidding by pursuing criminal cases against him.

Chihuri alleged Matanga systematically engaged in a strategy of harassing his family, relatives and workers, threatening and beating his workers at gunpoint.

“The harassment was made worse when my young children would be threatened by police with guns to produce their father and said that they had been sent by Matanga,” he claimed.

“My children are suffering emotional trauma and they started having nightmares, refusing to go to school as unmarked vehicles would be following them going to and coming back from school.”

Chihuri alleged Matanga was using “all tactics” to persecute him as a result of his “incompetence, which is due to lack of education”.

He claimed the police boss does not have O’Level qualifications.

“He is doing all that he can in order to secure his post,” Chihuri claimed.

“He realises that as a mere ZIPAM diploma holder on behest of ZRP (sic), having been promoted to the post of the country’s police chief is a vulnerable position because his deputies are more educated than him, with Masters and even PhD degrees,” Chihuri said.

“He does not even hold an O’ Level certificate, which is a basic requirement for a constable to join the police.

“It goes on to show that he was rewarded for being a willing participant in the coup process and not on merit.”

Chihuri said Matanga lied to then Zimbabwe Defence Forces commander and now Vice-President Constantino Chiwenga that he (Chihuri) wanted to arrest him upon his return from China at Robert Mugabe International Airport just before the coup.

“This was not so, but a blatant lie to sow the seeds of division and hate between me and the then CDF. Godwin Matanga did all this to secure his position,” he said.

At the time of the coup it was alleged that attempts to arrest Chiwenga forced the military to move against Mugabe.

Chihuri said what surprises him was that all allegations against him were to do with the administration department, which Matanga used to head.

“By way of emphasis, I bring it to the attention of this honourable court that a lot of senior officers across the rank and file and my then deputies, including Godwin Matanga and his wife, supplied a wide range of vegetables and meat to ZRP amenities,” he said.

“These officers supplied large quantities of beef, chicken, vegetables, fruits and goods according to their ability as a general practice in support of indigenisation.

“This company was also chosen by Godwin Matanga as many others he chose out of the 200 companies that were cleared by the procurement board to supply ZRP.”

He said the ZRP Retention Fund was not a creation of the police, but government.

As for the source of his wealth, Chihuri said besides salaries, bonus, conditions of service and savings from foreign trips over a period of 37 years, he was also a delegate and vice-president for Africa in Interpol.

“I was remunerated in foreign currency for serving in those organisations for six years,” he said, adding that he built his empire through “hard work and diligence.”

Chihuri skipped the country after he was fired and remains in self-imposed exile.