Former aide to MDC-T leader Thokozani Khupe, Witness Dube has thrown his support behind MDC-T Secretary General Douglas Togarasei Mwonzora in the battle for the control of the soul of the party.

In an unprecedented post on Twitter Dube said, “History beckons on 31 July as we will be aligning with our party and country law! One man has been the soul of reasoned disputations both within and without our party,

“It is my greatest pleasure to nominate Douglas Togarasei Mwonzora for President of the MDC.” 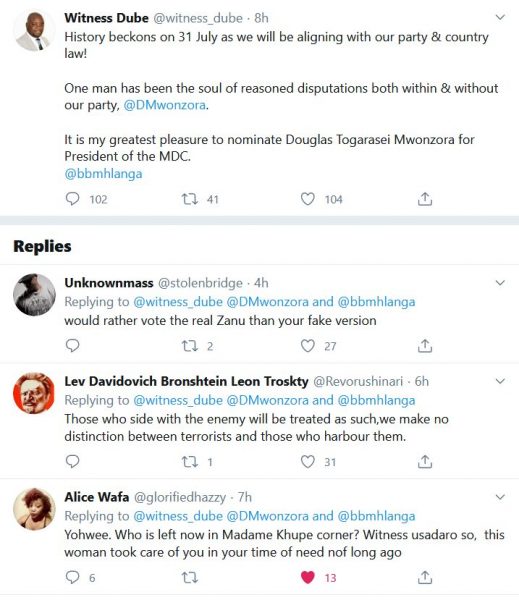 Mwonzora has been described by MDC Alliance Vice President Professor Welshman Ncube as the figure behind the court case that caused chaos in MDC party.