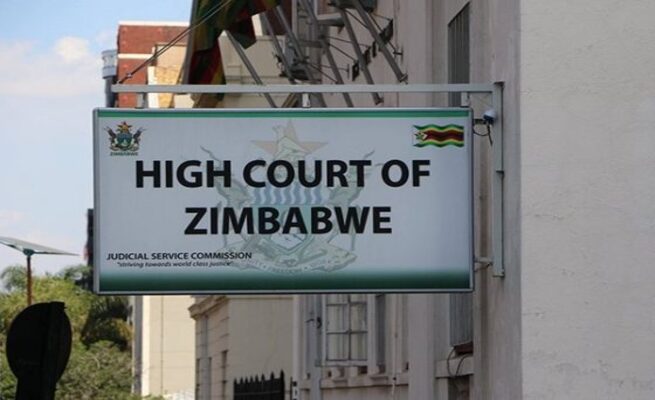 A SOUTH AFRICAN-based business executive walked out of his marriage empty-handed after the High Court awarded the family home jointly acquired to his estranged wife due to his failure to disclose to court assets he had acquired after the couple separated.

His bid for a 50 percent share of the family’s upmarket Mandara home failed on the basis that he refused to disclose assets that he owns or had interest in, in terms of the law.

Ms Jonga, who was being represented by her lawyers, Ms Tatenda Pfigu and Anesu Ingwani of Pfigu Attorneys, proved on a balance of probabilities that she was in greater need of the property than her ex-husband.

She was awarded the matrimonial home number 58 Shaneregh Road in Mandara, Harare, held under deed of transfer number 7963/87 dated 12 November 1987, as her sole and exclusive property.

“The plaintiff (Simba) shall sign all necessary documents to enable transfer of his 50 percent share as joint owner to the defendant (Ms Jonga) within 30 days from the date of request,” read the operative part of the judgment.

In his ruling, Justice Chitakunye noted that Mr Simba, a high flying executive, had stayed in Uganda for a few years, then moved to Canada before he relocated to South Africa, where he is now running his own company, but for the past 20 years he did not make a contribution to the family and the matrimonial home.

All these years, according to the court’s findings, Ms Jonga was left with a huge responsibility of repaying of the mortgage of the house, maintenance of the matrimonial home and the family.

The couple had two minor children when they separated around 1999.

“From his resume, I got the impression that he has been doing very well, yet found no time or resources for his family,” said Justice Chitakunye, adding that the businessman was not open about his assets, hence the lack of full disclosure could not work in his favour.

It is trite that in matrimonial matters, spouses must be candid with the court by disclosing all assets belong to them, including investments they hold as at the time of dissolution of marriage.

Such assets include those acquired before marriage, during marriage and while on separation. And in divorce cases, if the court finds that the husband has lied about his means, and failed to give full and frank disclosure, it is open to the judge to find that beneath the false presentation, and the reasons for it, are undisclosed assets.

In this case, Justice Chitakunye was influenced in great measure by Mr Simba’s failure to make full disclosure, the size of his business and drew adverse inference against him.

Ms Pfigu argued that her client’s ex-husband neglected the family for 20 years and left the matrimonial home in 2000 to live with his mistress.

During all these years, Ms Jonga took care of the family and made improvements to the house which Mr Simba claimed a 50 percent share.