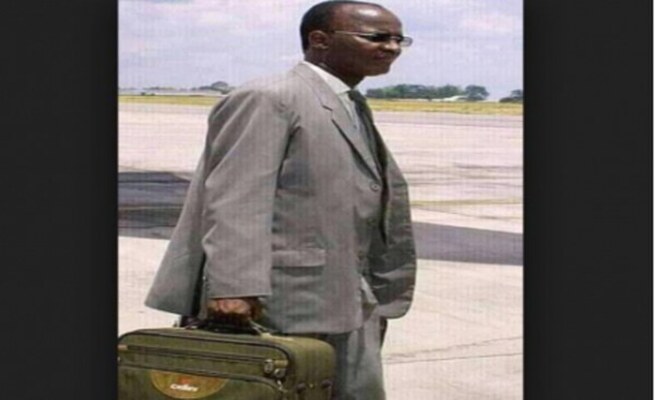 Former minister Professor Jonathan Moyo may have to flee Kenya to avoid extradition to Zimbabwe on fraud and related charges involving the alleged diversion of US$244 575 from the Zimbabwe Manpower Development Fund (Zimdef).

He is believed to be living in Kenya with his wife, Beatrice Ambiyo, who is of Kenyan origin.

Now, after waiting more than 30 months for the former minister to return, Government is seeking the assistance of the Kenyan authorities to bring Prof Moyo to court on the 14 counts of fraud, money laundering, criminal abuse of office, and corruptly concealing personal interest to a principal.

The Kenyans have been assured that Prof Moyo will face the criminal corruption-related charges already listed should he return or be returned to Zimbabwe.

He is accused of defrauding Zimdef of over US$244 575 and misallocating other funds for purposes not covered by the Zimdef regulations. He is jointly charged with four others — Godfrey Gandawa, Fredrick Mandizvidza, Shepherd Honzeri and Nicholas Mapute.

This week the Prosecutor General’s office wrote to Kenya, seeking mutual legal assistance to bring the former minister to face the Zimbabwean courts.

The prosecution premised its request on the Extradition (Designated Countries) Order of 1990 which designated Kenya as one of the nations to which the Government can seek legal mutual assistance in extradition cases.

According to the request, the Prosecutor-General has since prepared indictment papers for the trial of Prof Moyo and his accomplices in the High Court, but he is nowhere to be found.

“The matter requires urgent attention as the accused have a constitutional right to be prosecuted within a reasonable time whilst State witnesses who are available ought to testify before any supervening events curtail their adduction of evidence,” said the formal request.

“I therefore humbly request the competent authorities of the Republic of Kenya to treat this matter as urgent and give it priority that the authorities’ circumstances permit,” reads the request.

“The accused will not be prosecuted for any offence other than fraud, based only upon the facts stated in this request. This request is not being pursued for political reasons or any ulterior purpose. The Republic of Zimbabwe also undertakes to render assistance to the Republic of Kenya in any criminal matter,” read the letter.

While Zimbabwe does not have an extradition agreement with Kenya, the Minister of Home Affairs can designate any country listed in the Extradition Order of 1990.

Prof Moyo was arrested by Zacc in 2017. He swiftly applied to the Constitutional Court, arguing his rights had been violated, submitting that Zacc had no arresting powers, and that police Sergeant Munyaradzi Chacha, who was on secondment to Zacc, had no powers to arrest him by virtue of the secondment.

The Constitutional Court ruled that the minister deserved no preferential treatment and that he should, like anyone else, follow the normal criminal procedure of arrest and appear before a magistrate.

It was found that he had jumped the gun by approaching the Constitutional Court instead of challenging his arrest at the lower court; the secondment of police officers to the Zacc did not strip them of their arresting powers, the court ruled.