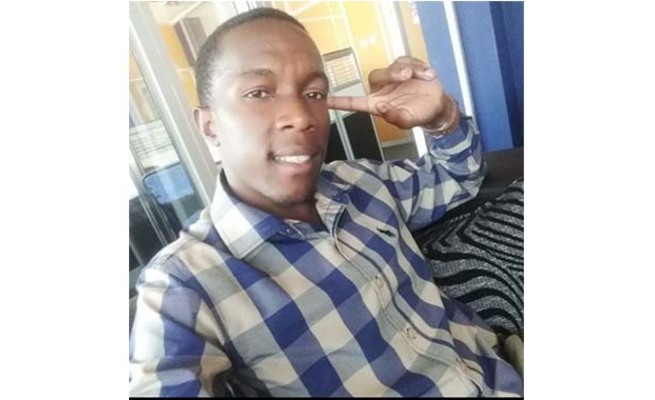 A worship leader at a city church who claimed to have been ex-communicated from the church over his choice of a marriage partner has been exposed as an unrepentant se_xual predator that left many girls at the church heartbroken.

Nhlanhla Ndhlovu, of Gospel Life Assembles, was sent packing after he was accused of allegedly having multiple se_xual affairs with youths at the church and failing to reform despite promises to do so to the church leadership.

According to a source on different occasions a number of female youths lined up to the church leadership raising a red flag about the se_xual abuse they were suffering at the hands of Ndhlovu.

The source went on to say Nhlanhla was then summoned for a hearing by the church leadership which is led by Pastor Lovemore Nyoni.

“They told him that a number of female youths in the church had approached the pastorate complaining that Nhlanhla se_xually used them and dumped them. They showed him the evidence and he apologised. He was admonished and given a chance to reform but he failed to change for the better,” said a source.

The source said the se_xual allegations reached a tipping point when some of the female youths approached the church hierarchy to leave the church.

“This forced the church leadership to excommunicate him so as to save the church from a bad reputation,” said the source.

“The problem started when I introduced a lady I wanted to marry to the pastor. Surprisingly the pastor shot down my choice saying she was not mature in the things of the Lord. After that my lady and her parents deserted the church. The pastor accused me of failing to convince her not to leave the church,” he said.

He added: “On the second issue after several months, I introduced another lady I wanted to marry. Shockingly again they turned my request down saying she did not have brea_sts and she was young while the lady in question had completed her Advanced Level.

“Moreover when I was away on duty in Kadoma, I heard from some church members that the pastor warned all female youths to never come to my office. After that I got shocked to learn that the pastor told youths in their WhatsApp group that he excommunicated me. But the truth of the matter is I left on my own and I was never excommunicated. Also it’s not true that I had se_xual affairs with the female youths at our church.”

Reached for a comment Pastor Lovemore Nyoni said: “It is not true that he was prevented from marrying a lady of his choice. The church or pastor has no legal authority to force anyone to marry or not to marry. The excommunication was in response to a string of se_xual abuse or sexual immorality that he committed at our church. As leadership we have a responsibility to protect girls from all forms of abuse. This is part of our non-negotiable biblical principle.”

Meanwhile, sources provided B-Metro with social media chats between the leadership and Nhlanhla in which he apologised profusely over his actions of abusing his position in church to prey on girls and failure to reform despite being given six years to turn a new leaf.

Nhlanhla said in one of his communications with the church leadership, which B-Metro has in its possession: “I hope somehow I will get over all my mistakes. Thank you for your patience on me, you sacrificed a lot for me and I failed you.”

Sources, however, said what prompted Ndhlovu to run to the Press with his version of a dispute over a marriage partner was his fear that his victims were ganging up in a bid to expose him, amid reports that a social media campaign to that effect was afoot.