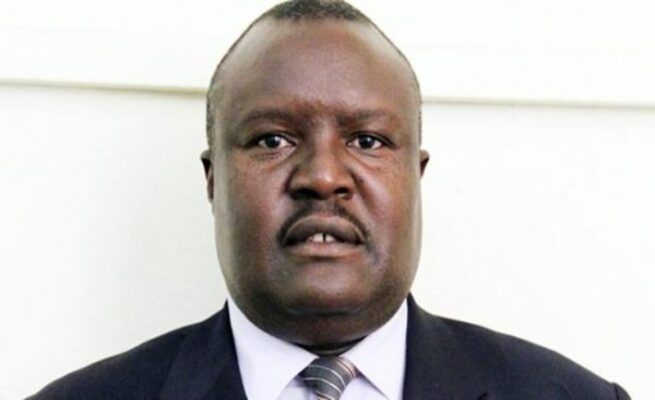 CHIEFS’ Council president Chief Fortune charumbira has said they were forced to stay with a suspected Covid-19 patient for two days after health officials failed to respond on time when reached through the national hotline number 2019.

Chief Charumbira and his subjects in Masvingo apprehended the suspect soon after arrival in his area from South Africa, allegedly through an illegal crossing point.

The Chief told the Senate last week that he was disappointed that he failed to get help after calling the 2019 hotline.

He said they took the suspect to a local police station but they were turned away.

From the police, Chief Charumbira said he hired a vehicle that took the suspect to Masvingo Provincial Hospital where he was then quarantined.

“We did capture a person who illegally escaped from South Africa in Masvingo and we wanted him to go and be tested. We dialed 2019 and there was no response. At first, they used to respond but now they no longer answer. I once used this number and they came and took the suspected persons twice. This weekend we tried the number and Harare answered and referred us to Masvingo, we did not get any response from Masvingo,” he said.

Chief Charumbira said they took the person to a police station in Masvingo where the police allegedly refused to assist them.

“We took the patient to the police station and the police refused to accept that person, they said dzokerai naye, dzokerai naye (go back with him, go back with him). We phoned the police for two days they did not come. We then hired a car and took that person to the hospital where he was admitted. I hired a car, where do I go to claim my money? My question is who do we call for help in situations like this?,” he said.

The Deputy Minister of Health and Child Care Dr John Mangwiro said if people fail to access the Covid-19 rapid response teams, they must seek the assistance of the police or visit their nearest health institution.

“I apologise for what you encountered. I would like to appreciate the action that you took. However, the police denied to help you and you ended up taking the person to hospital. Yes, there are numbers that you can use but if you fail to get through those numbers, you can take the person to the nearest hospital,” he said.

Deputy Minister Mangwiro said police officers who refuse to assist people should be reported to their superiors.

“I urge you to report police officers who do such things to their seniors. If it is hospitals that are not cooperating, there are senior doctors and nurses you can report to. What happened is not something that we look forward to. You are doing a great job by apprehending border jumpers and taking them to the police or hospital,” he said.

Videos & Pics Tanya Mugabe - 30 July 2021 0
NO date has been set for opening of schools and once it has been set, the President will announce it to the public, a...
Loading...